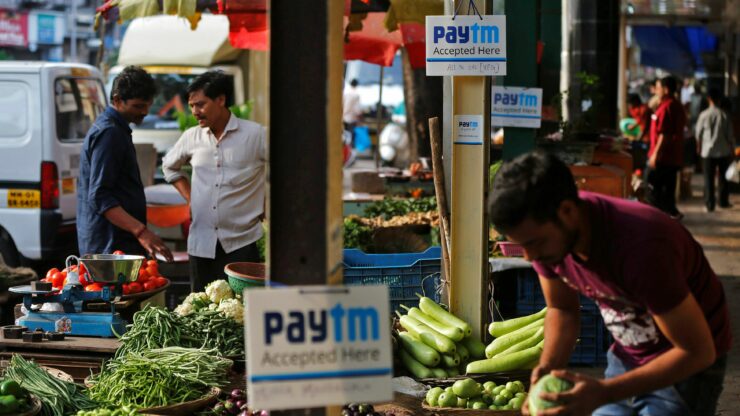 India is now the fastest growing major economy in the world with a projected 7.4 percent growth rate for 2018. India is seeing rapid adoption of digital payment systems thanks in large part to a massive cash shortage in the company.

In 2016 the Indian government made quite a striking move - it banned the two largest paper currency notes in an attempt to stop corruption and tax-evasion. The 500 rupee ($7.5 USD) and 1,000 rupee ($15 USD) notes were disallowed starting on Nov. 8, 2016. Curiously this was the same day that Donald Trump was elected president of the United States which is why many people probably didn't hear about what was going on in India.

This amounted to a ban of 14.2 trillion rupees (87 percent of the circulating paper currency in India), or the equivalent to $208 billion dollars. 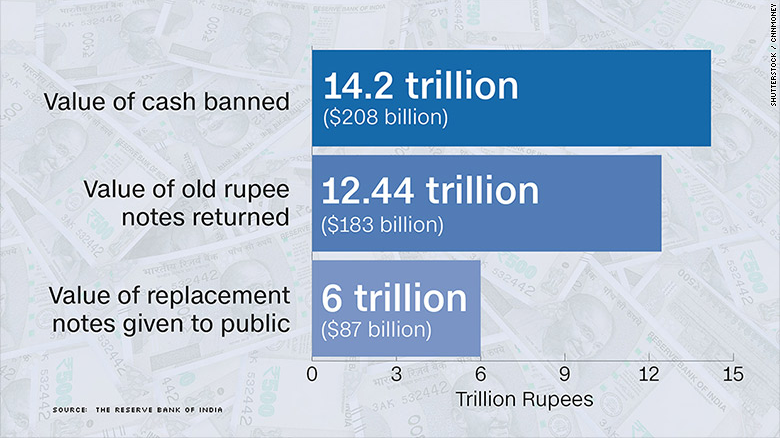 Indian citizens were given 50 days to turn in the bills for replacement notes and shown by the chart above, a massive shortfall of cash resulted since less than half the bills returned were reissued.

During the cash shortage crisis, many of India's 1.3 billion citizens began to flock to emerging digital payment apps such as Google's Pay (previously Google Tez), PhonePe, and the state-sponsored BHIM.

Google is currently number three in the country with around 50 million users; a huge number in any country but India! Meanwhile Facebook's WhatsApp is a brand new entrant into the Indian domestic market and currently has around one milion users beta testing the service. 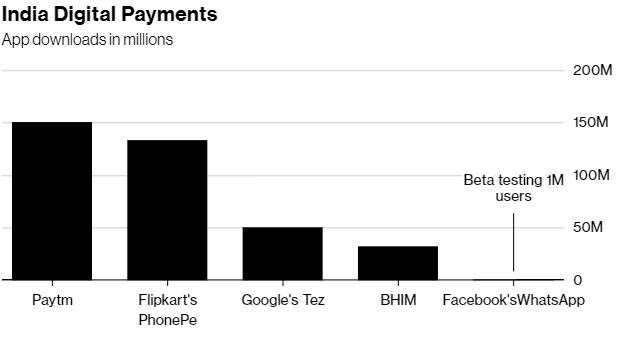 Things are progressing rapidly too. While all outstanding cash in India is valued at about $270 billion while 2018 will see roughly $200 billion in digital transactions done in India.

It's easy to see why both Facebook (NASDAQ:FB) and Google (NASDAQ:GOOGL)are so keen to get a foothold in a market with potential like this. It won't be easy, either. Paytm (owned by Alibaba (NASDAQ: BABA) and PhonePe both have massive headstarts in terms of critical mass as both enjoy over 100 million users, then there is BHIM which was developed by the Indian government. It's hard to tell if the Indians would push to have their homegrown solution gain an unfair advantage over the Western newcomers.

WhatsApp has a lot of ground to make up, but remember the app is the top messaging app in India with hundreds of millions of users.

The world's eyes, especially those at Facebook and Google, will be on India as the world's most populous and fastest growing economy potentially embarks on a large-scale transition to a cashless society over the next few years.