Eye Is an iPhone Case That Can Seamlessly Run Android 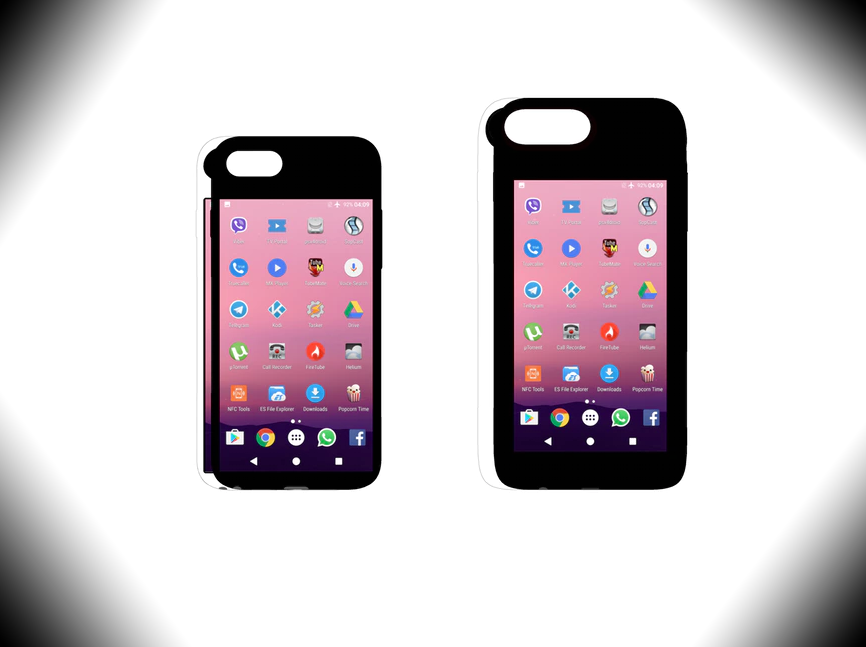 There are several things iOS can do that its opposing rival Android is unable to accomplish and vice versa. While there are endless threads and debates incessantly claiming that one operating system is better than the rest, in comes a unique iPhone case named Eye that can also run Android on it. So if you are in possession of an iPhone, you can experience Google’s mobile platform alongside it with the purchase of this case.

We can all agree that removing the 3.5mm headphone jack without giving us something in return was a bad decision from Apple as far as the iPhone 7 and iPhone 7 Plus is concerned, but from the bowels of Kickstarter, the Eye iPhone case intends to solve all of those problems and give you the mix of Android as well. Entrepreneur Joseph Savion and his company ESTI has a plan to strap a case onto your iPhone 7 and iPhone 7 Plus that actually runs Android on it, and it is not that the OS is going to be running poorly because the hardware specifications are quite decent, to be honest. 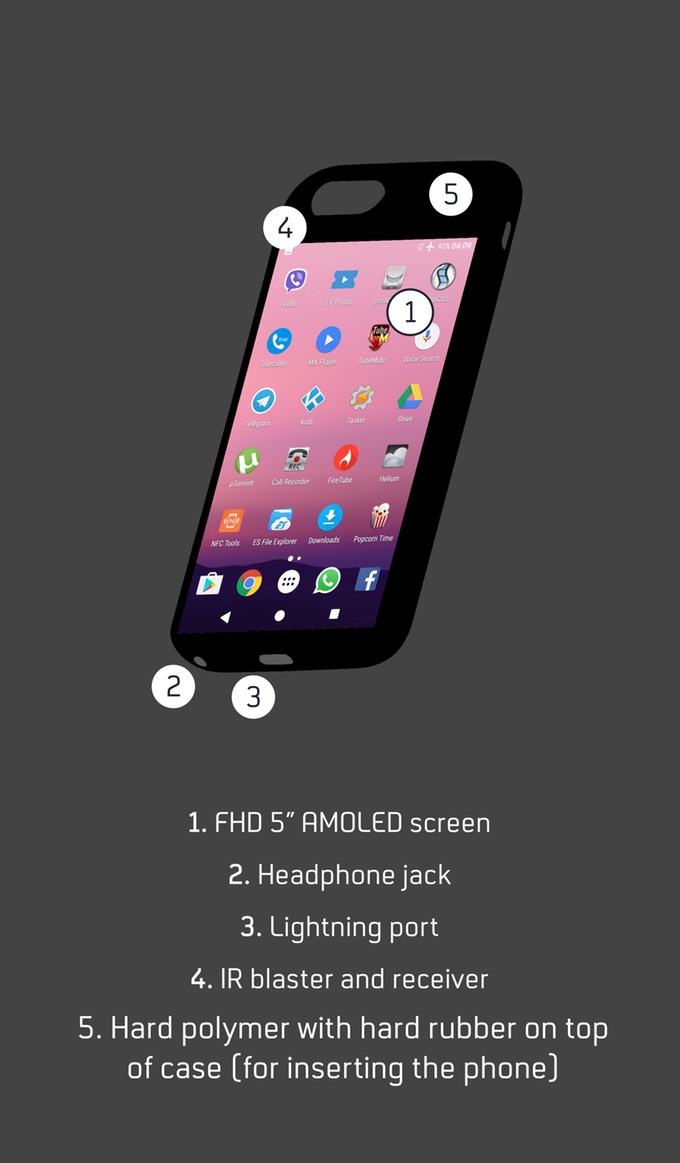 The company is currently seeking funding on Kickstarter and the product they are showcasing features a 5-inch 1080p AMOLED display powered by a quad-core 2.30GHz ARM Cortex-A53 processor (1.60GHz quad-core Cortex-A53 is also running alongside it), and a 2,800mAh battery. That’s not all - because it gives you a lot of goodies in return such as microSD card expansion up to 256GB, a headphone jack, dual-SIM slots, and wireless charging. Eye is available for funding in two versions; one will be able to provide cellular connectivity while the other one will not, and it's quite easy to guess which one is going to be the more expensive out of the two.

The case is running Android 7.1 Nougat, and if this piece of hardware sounds like a mid-ranged device then it is also priced in the same way. The Eye iPhone case is expected to sell for $189 for the regular version and $229 for the LTE-capable one. Earlier backers of the project can get their case for $95 for the regular one, and $129 for the cellular connectivity variant. It is available for the iPhone 7, 6s and 6 as well as for the iPhone 7 Plus, 6s Plus and 6 Plus.

Would you like to run Android and iOS seamlessly on a single smartphone? Then you can help out these guys, although you should be warned about the dangers of such projects.