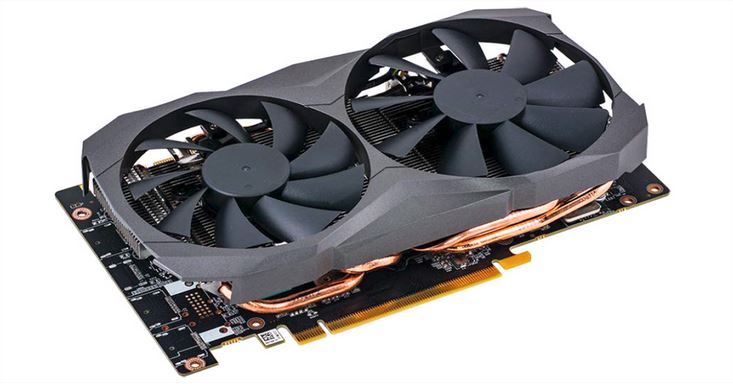 [April Fools] We recently reported that NVIDIA will be releasing their next gen Turing/Ampere based cards as the GeForce 11 series around July. One of those architectures is going to be used for mining graphics cards and the other as regular GeForce gaming cards.

Wccftech have since heard from our contacts in the hardware industry who have seen prototypes of both kinds of card and they’ve dropped a minor bombshell: it appears that the much cheaper mining cards will be convertible to full graphics cards with just a cheap hardware mod!

Yes, when confirmed true (this is still a rumor at this stage, albeit a solid one) it will mean that you could buy a much cheaper mining card and convert it to its equivalent (or near equivalent) gaming card for about $15, at the expense of its warranty.

Our contacts explained that the following hardware will be sold as a mod kit available off eBay from various sellers, containing the following items:

On top of this, it appears that cards from most brands will be moddable this way, since they’ll stick pretty much to the reference design. Mod kits will be available for various performance tiers too, not just the top end cards.

Of course, something like this carries risk and isn’t for everybody due to the technical skill required, so at least some of these sellers will be offering a conversion service for a reasonable price.

It's even possible that some sellers will sell pre-modded cards, complete with warranty. Obviously, how much cheaper this option will be than buying the equivalent full graphics card will be key to its viability.

Of course, there has to be a downside to something like this. Mining cards are intended to deflect sales of regular gaming cards away from crypto miners and back into the eager hands of gamers, thus bringing down the price of those regular gaming cards to what they should be. Now, such mods available for these cheaper mining cards could threaten to keep prices high, scuppering this effort. Will NVIDIA crack down on these mod kits? Only time will tell.

Finally, it's possible that AMD will be releasing mining variants of its current Vega graphics cards to compete with NVIDIA, so it also seems possible that a similar mod kit will be available for these. This is pure speculation at this point though.

Please let us know in the comments below if you’re going to consider buying one of these cards and modding it, or perhaps paying for the modding service to do this for you.