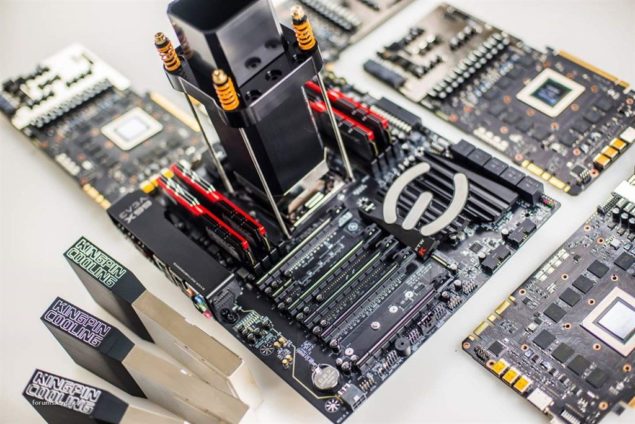 The X99 FTW K motherboard was teased by EVGA's product manager, Jacob Freeman. The motherboard looks similar to the X99 FTW which was released back in 2014 but comes with a updated design and a range of new features. The X99 FTW K goes with a complete black color scheme which EVGA is known for and has a neater layout compared to the previous design. Aside from the updated design, the motherboard will support Intel's Broadwell-E chips from the start without the need to update BIOS which is a must for existing products.

Talking about the motherboard and its technical specifications, we are looking at a product that features the LGA 2011-3 socket. The standard socket is designed to support Haswell-E and Broadwell-E processors. Board comes with eight DDR4 DIMM slots which support high frequency memory sticks that can be overclocked to higher frequencies. Since the design is similar to the previous product, we believe that the CPU socket will be powered by a 8-Pin power connector. 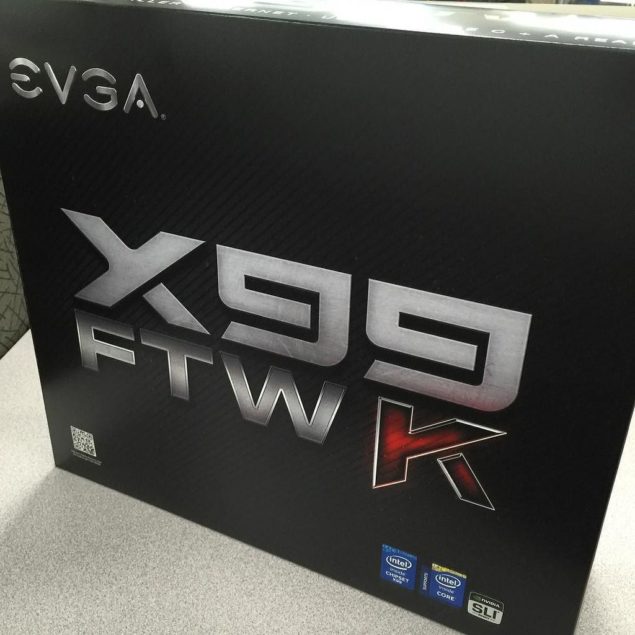 Expansion slots include five, full length PCI-Express 3.0 x16 slots and a single PCI-e 3.0 x1 slot. The addition we noticed is that the X99 FTW K removes the PCI-e 3.0 x4 slot in place of a M.2 slot which can be used to house a fast SSD for storage. Storage options include 10 SATA III 6 GB/s ports which means that EVGA hasn't went with either SATA Express or U.2 ports. An auxiliary 6-Pin power connector is placed on the bottom of the board that provides additional power to the expansion slots and the board when running multi-GPU setups and overclock.

EVGA is known for right angled connectors and they have a range of those on the board. The 24-Pin connector, the dual USB 3.0 ports, several system fan connectors and voltage check points. There's also switches to disable PCI-Express slots which come in handy when you want to put use of those extra PCI-e lanes elsewhere. The X99 FTW K has a vast array of I/O parts which are similar to its older sibling along with a fully tuned audio panel that is found on the motherboard. 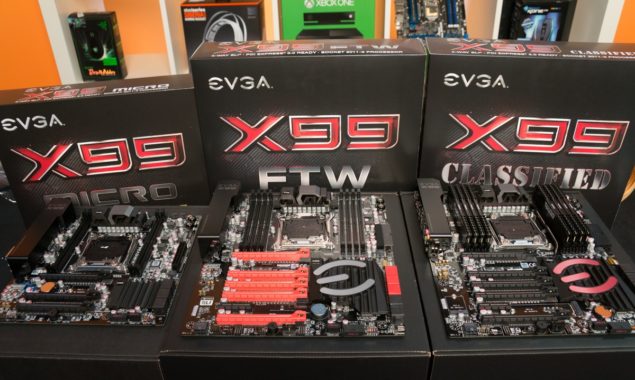 EVGA and other manufacturers are getting ready for Intel's Broadwell-E launch at Computex 2016. The CPU line comes with four new processors including the first 10 core processor (Core i7-6950X). The X99 platform will be designed for HEDT enthusiasts and gamers who want the best performance available and that is what X99 aims to be.