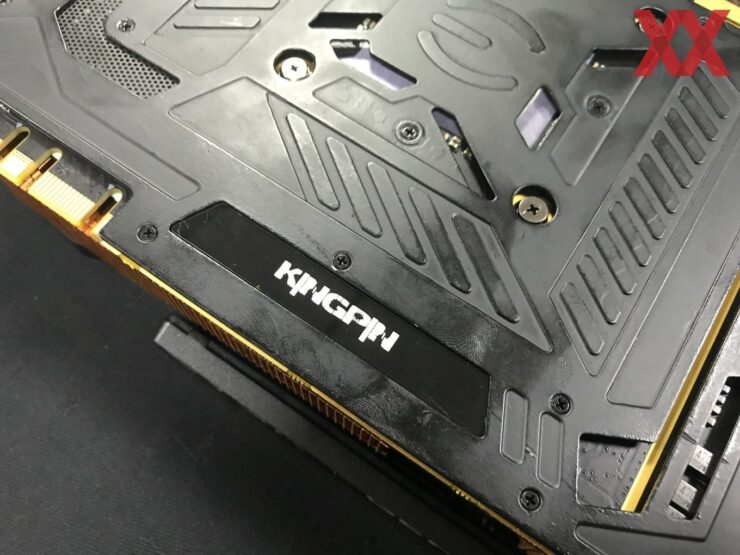 EVGA has unveiled their premium and flagship GeForce 10 series graphics card, the GeForce GTX 1080 Ti Kingpin Edition. Featuring a PCB and cooler design designed clearly for enthusiasts, the card is spectacular that launches in July. (via HardwareLuxx)

EVGA started teasing the Kingpin a few weeks ago but now, we can take a better look at this super graphics card. The EVGA GeForce GTX 1080 Ti uses the GP102 GPU with 3584 CUDA Cores, 11 GBs of fast GDDR5X memory and multitudes of graphics processing power. EVGA is using a fully custom board and cooler design on the card. The PCB makes use of a solid design that is designed for max power delivery to Pascal GPUs. The cooler is the latest Kingpin revision that utilizes the ICX design. 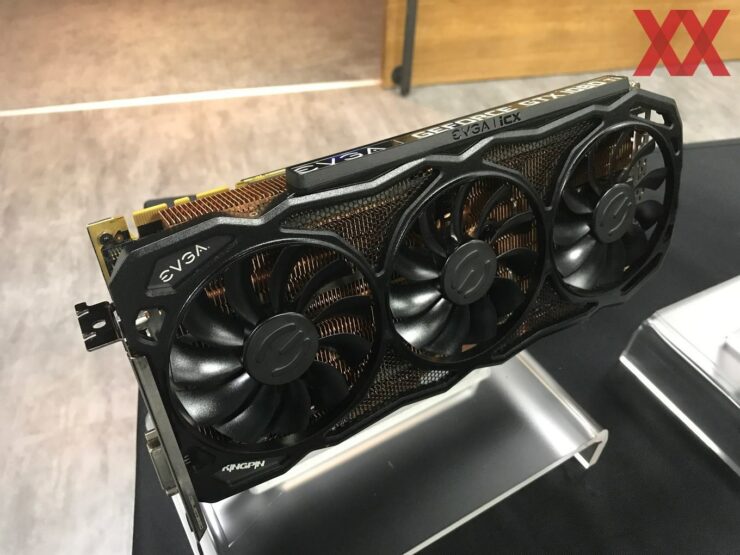 The latest cooler is a dual slot, triple fan design that is also single slot capable. This will be really interesting for watercooling enthusiasts as the card supports EVGA's Hydrocopper water block. There's three large fans featured on the front shroud that makes use of a matte black color and mesh grills which showcase the copper plated heatsink underneath it. The heatsink makes use of three 8mm and three 6mm pipes which make contact with the GPU. There's a large GeForce GTX 1080 Ti logo on the side which features RGB LEDs and can be configured manually by users.

As stated previously, the pure copper heatsink is pretty solid for cooling the GPU, memory and VRM effectively. It also houses several copper heatpipes that dissipate heat efficiently. A large backplate is also featured on the back with a surprisingly modern texture layout. For the power delivery system, EVGA has put a 15 phase digital VRM system on board this baby. The card is hence powered by a dual 8-pin power configuration. Note that these power connectors are right edged making cable management tidier. The EVGA Evbot connector is also placed next to the power connectors for swift control and voltage measurement.

EVGA is using pre-selected GPUs on the Kingpin edition and promising a clock speed of 2025 MHz out of the box. Users should also expect further clock speed increases when manually overclocking. In a tweet by EVGA's Jacob, he revealed that the GTX 1080 TI Kingpin edition was able to sustain an overclock of 2400 MHz+ on air cooling with impressive temperatures.

For display connectivity, the card ships with three mini DisplayPorts, an HDMI 2.0 port and a DVI-I port. The card is expected to hit retail in July at a premium price point above $799 US.