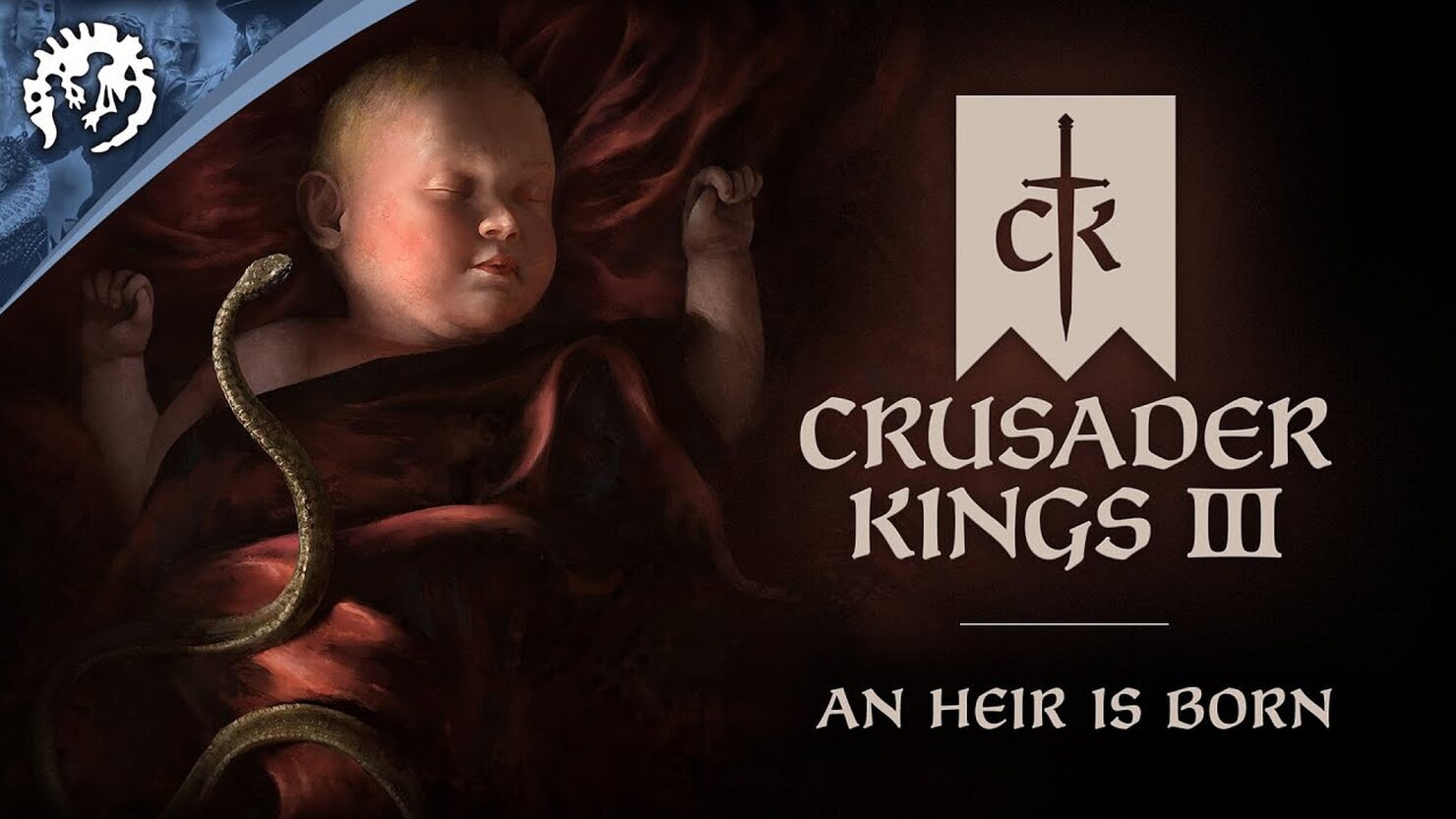 Crusader Kings III is coming, promising to overhaul everything from the map to the fratricide, marriage, and even praying. Crusader Kings II has been the emperor of Grand Strategies for quite some time, so we’ll have to see if it has what it takes to kill its father and take the throne. Speaking to Game Director Henrik Fahraeus and Game Designer Alexander Oltner at PDXCON this weekend, we got the lowdown on some of the work they’ve done for the game.

The first thing you’ll notice about Crusader Kings III is the completely updated graphics and animations. Characters, whether they be kings or assassins will no longer be murky 2D portraits but fully animated characters, adding a little more depth of feeling when you inevitably stab them in the back.

But this graphical boost has more than a cosmetic effect of the game. The map will be about the same scope as CK2 and its DLC, but they’ve also increased the vastness of these kingdoms too. According to Alex “the scaling has also increased allowing us to represent more. So, of course, there are more counties on the map, more baronies. Places like Europe will feel huge.” Even though they haven’t added the Americas to the game, it’ll still be a lot bigger than its predecessor.

Henrik says that he’s most excited about the customisable options. “I didn’t think it would be but its probably the lifestyle tree.” The lifestyle tree, a new feature for the Crusader Kings franchise, will grant perks to player characters as they progress through their rule. These skill trees, according to Henrik, the lifestyle mechanic “should cater to all of these different player fantasies.” But it's not as simple as a regular skill tree.

For fans of the series, there’s an obvious downside to unlocking skills for your character. They have a tendency to die. This means that these bonuses are at best temporary advantages, but that’s exactly how they were designed, according to Alex.

“It’s going to be situational and generational, and you’re going to be able to tailor the system to your needs. It's a very temporal system, you’re only working with it for now, while the dynasty and faith mechanics are longterm to counter it. You might be aiming to create a new faith or heresy so you might be working towards the prophet perk. Or you might want to go to war but you’re lacking the resources so you down the strategy route. Or you’re feeling weak and vulnerable so you go down the foreign affairs path to appease your neighbours.”

Players will have to decide what they watch each of their characters to accomplish in their lives, and start progressing through the best lifestyle to help them achieve their goals. But Alex said that they hope no one skill tree will be the best, making sure that each perk will have a use that players can understand. “Some people in the forums are going to claim that one of them is the best tree then someone else is going to come in and say that no this other one is the best in this situation. And if we get that going then we know we’ve succeeded.” 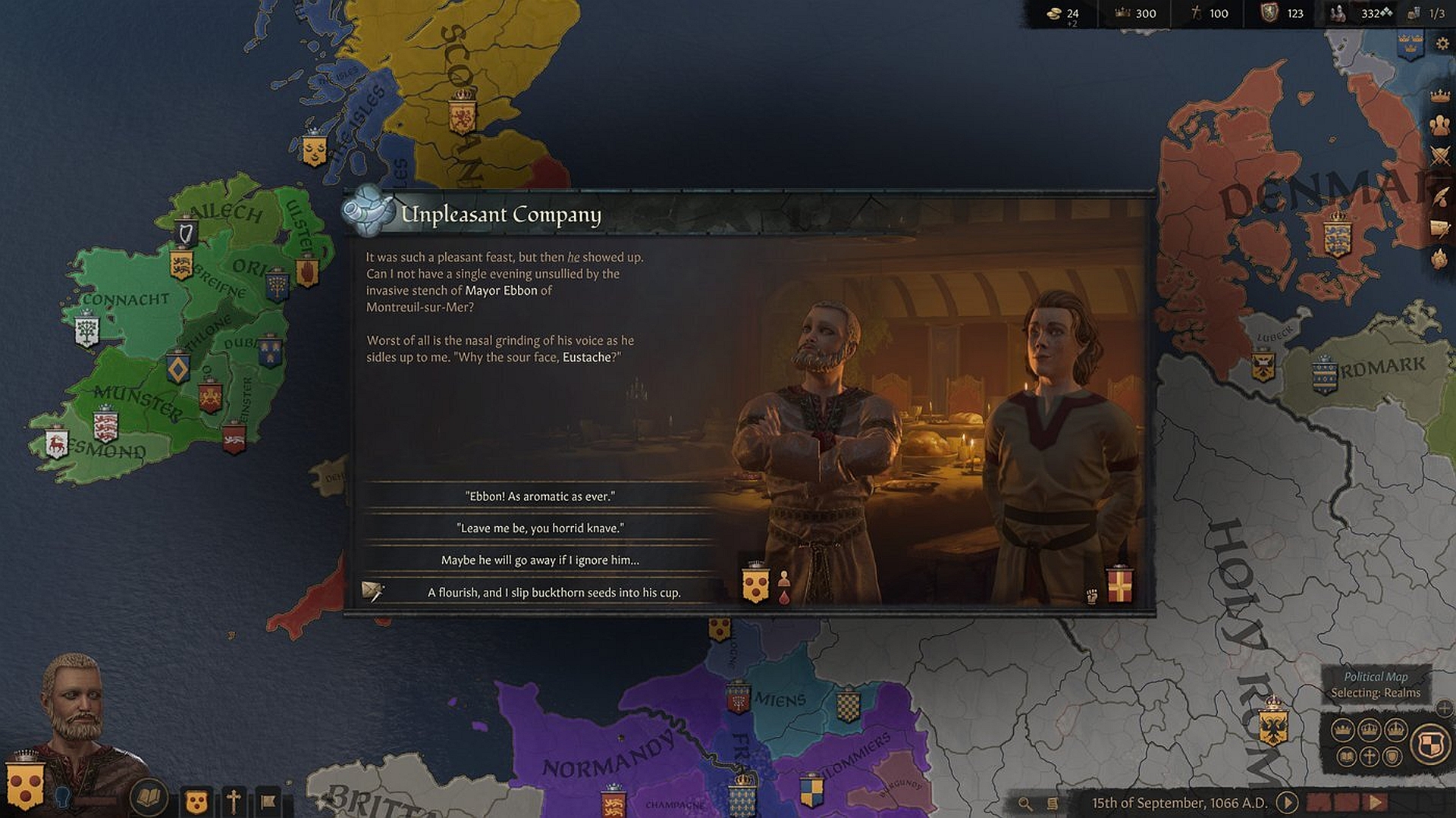 But in a game as complex as Crusader Kings, the idea of adding more management and decision making can be weary for some. Thankfully, Henrik has been working hard to make sure that the added features coming with Crusader Kings III don’t overwhelm the players.

“Cognitive load is something I think a lot about in our games and you don’t have to worry too much about it. It's a system that could risk becoming very micromanagement-y so we’ve played with it and every other year being able to pick a perk feels about right.”

And while this new lifestyle system lets you harness a temporary buff, more mechanics have been added that have longer-term effects in this generation-spanning saga. Dynasty bonuses come into play, according to Alex, “by spreading your family far and wide” which probably means they won’t be unlocked until later into the game.

As you unlock more of your chosen dynasty tree, you’ll receive more bonuses. But it won’t just affect you, but everyone in your expansive family, and that isn’t always a good thing. While you might fancy yourself as a cunning leader, using assassinations and subterfuge to maintain power, any passive dynasty bonuses helping you scheme will also help any ambitious family members attempt to take your place.

“That’s one of the most fun parts about it. All of the dynasty perks can bite you in the... you know, but the rewards are so great. It's an entirely new level of management and its meant to be a challenging one.”

It's slightly worrying how animated Alex and Henrik get by thinking of new ways to overthrow their players. But the family structure has also changed, with house heads that will rule over each family branch, making it easier for players to know who they need to murder/appease/blackmail. In fact, a lot of the game has been made slightly easier to understand for newer players and just those that need a little bit of guidance in general. A suggestions tab lets players see what schemes they can attempt, from sending out spies to marshalling armies, it's an easier way of understanding what exactly you have at your disposal.

Possibly more helpful, the UI has been seriously cutback looking at the hands-off Crusader Kings III demo at PDXCON. With more room on screen to explore the map and easier to understand tabs, finding that one tiny button you need will hopefully be a thing of the past.

The biggest change though is probably religion. Worship was seriously important back in the medieval era, for a means of control, wealth, and understanding the world, and it has always played a key part in the Crusader Kings series. Now you have much more control of your faith then in other series.

While you can’t start your own religion (don’t go expecting to erect any churches to the Flying Spaghetti Monster), you can change your faith. As hinted at above, certain perks in the lifestyle and dynasty tree will help you achieve this and the effects can be widespread. Although you’ll remain under the same doctrine, you can alter the tenets of the faith, allowing you to control more or less exactly how the religion is practiced.

According to Henrik, this means “if you want east Asian features in your Welsh heretical Catholicism you should be able to do so.” Your neighbours might not be thrilled to see you changing the rules, and religious leaders definitely won’t be happy about it, but it adds a new layer of customisation for the player to explore, from the benign to the terrifying. One tenet they highlighted during the presentation was ritual cannibalism, which probably means microwave or something in welsh anyway. I asked Henrik if players might ever have the chance to build their own religion from scratch and the team has certainly considered it. 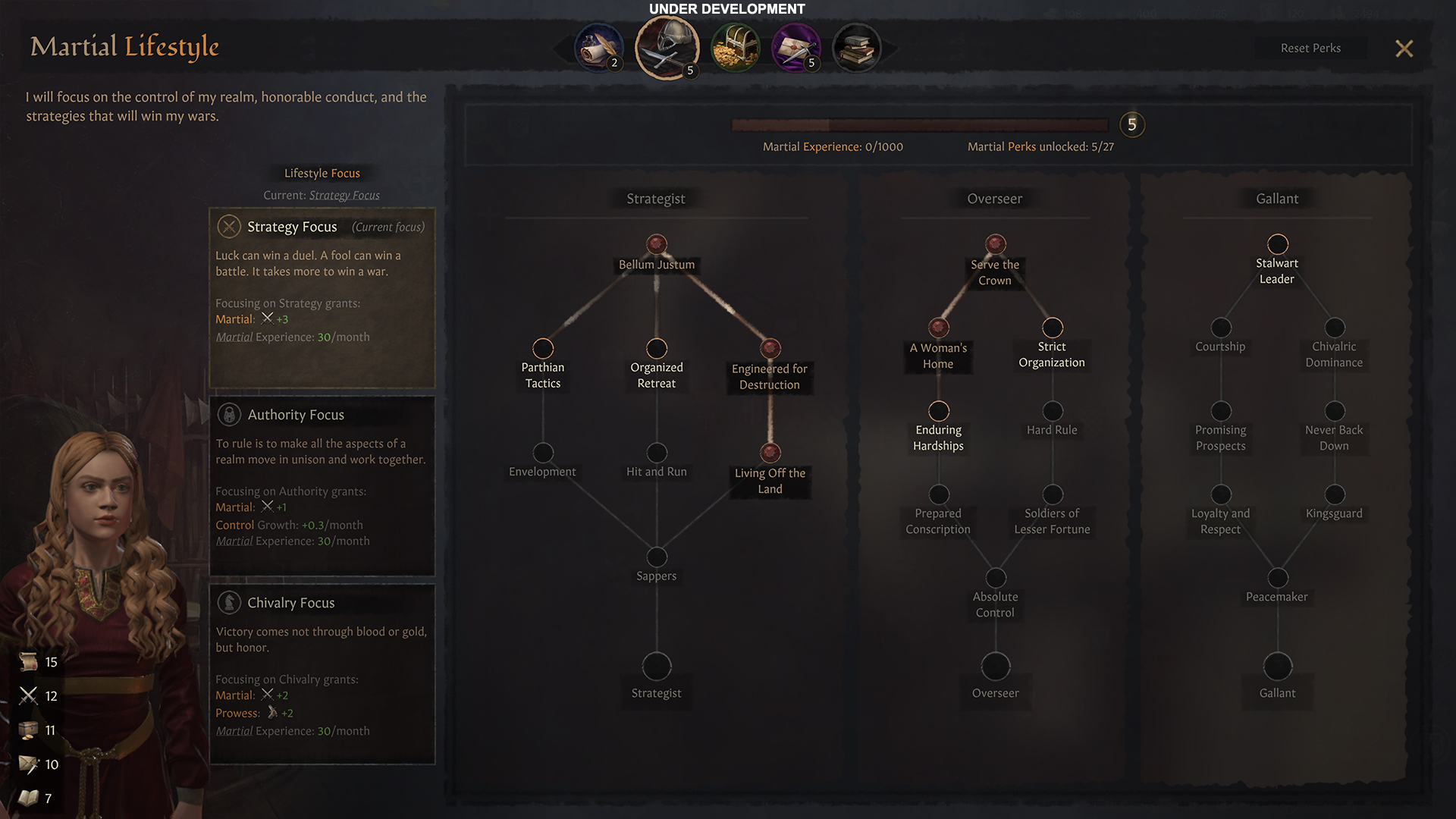 “We have thought about it, but it's not something we’re doing for release at least. I have a pretty good idea of what we’re going to do there but I think you can do so much without creating whole new religions that we almost don’t need it.”

One of the things that really helped Crusader Kings II remain the biggest name in the Grand Strategy genre is the constant trickle of post-launch updates that expanded the map, extended and deepened the features of the game and allow players more control of the stories they were telling. But with so much already announced for the sequel and perhaps more to come, does Paradox have any plans in mind for the game once it launches on Steam and Xbox Pass for PC next year? And more importantly, can we be sure that any DLC won’t just be what we’ve already purchased for the older game? Yes, according to Henrik.

“We have a model in mind, and we’re thinking about it very carefully, but I can’t really say much about that to be honest. But we’ve learned a lot from CK2 and we’ve tried different things, but I can’t say what we’re going to do yet. But what I can say is that we don’t want to repeat the exact same expansions from CK2.”

Alex followed up with a vague but promising statement with even more encouragement.

“A lot of people are fearful of The Sims thing, where the same things come back. So we’re finding new ways to package our expansions and introduce new things.”

And that’s about it. Without hands-on, I can’t rightly say whether all these intriguing systems will feel as fun as they sound, but with a dedicated team working on the game since Stellaris launched, and in preproduction for years before that, it looks like it's all coming together. We don’t even have too long to wait before we can sire bastards, kill our uncles and kill the throne without getting into a lot of trouble for, since Crusader Kings III is due next year on PC.

And if you haven’t seen the infanticide announcement trailer, you can give it a watch below.