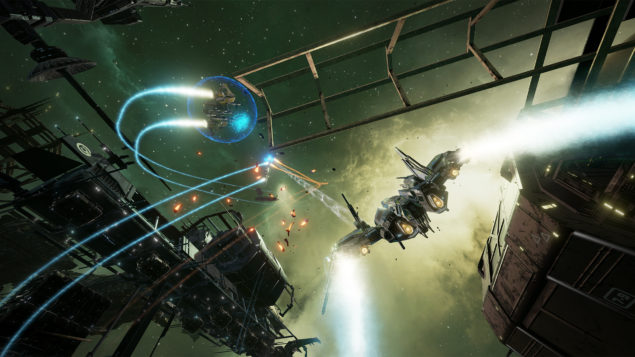 That's accompanying the news that EVE Valkyrie will premiere on the Oculus Rift, with all pre-orders getting a free copy of the game.

EVE: Valkyrie is one of the most anticipated virtual reality games, and one of the first true VR games to go into development. It perfectly captures the promise of immersive gaming, shooting you into a sci-fi adventure as you pilot a spaceship in search of combat. Battling your friends (and enemies) in multiplayer space dogfights is the ultimate VR thrill, and we're excited to partner with CCP to bring this experience to Rift owners everywhere.

The Oculus Rift is still pinned for a Q1 2016 release at the moment, so that's when EVE Valkyrie should hit. The game, a multiplayer dogfighting shooter spin-off of EVE Online, is also being developed for PlayStation 4 with PlayStation VR support. Here's a list of its main features:

Are you excited about VR finally hitting early next year? Tell us in the comments.