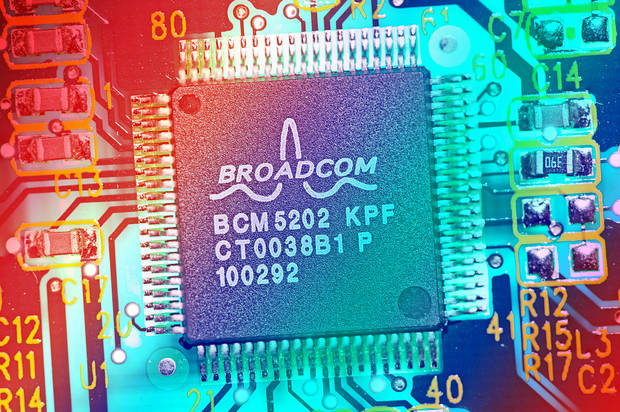 The European Commission (EC) has ordered Broadcom (NASDAQ:AVGO), the American supplier of semiconductors, to immediately halt its exclusivity deals with six TV set-top box and modem makers for a period of up to three years in order to "prevent serious and irreparable harm to competition.”

The EC launched a comprehensive antitrust investigation into Broadcom’s affairs back in June amid concerns surrounding the company’s exclusionary practices regarding the sale of its set-top boxes and modems. The European Commission is currently probing allegations that the company bound its customers through exclusive purchase obligations that either require such customers to obtain the pertinent chips exclusively from Broadcom or to maintain a minimum purchase volume of these components with the chipmaker. Moreover, Broadcom allegedly encouraged such practices by offering targeted rebates and product bundling, employing exploitative strategies and threats related to the intellectual property, and intentionally degrading interoperability between Broadcom products and those sought from other vendors. According to the EC, such practices may stifle competition and innovation in the relevant markets at the expense of consumer welfare.

This is the first such injunction by the EC in over 18 years and is all the more significant given that the watchdog rarely employs interim measures. This also suggests that the commission is willing to take more proactive actions against tech companies deemed to be abusing their dominant positions rather than wait for a formal conclusion of ongoing antitrust investigations.
A statement released by Margrethe Vestager – the Commissioner in charge of EU’s competition policy – said that, “We have strong indications that Broadcom, the world's leading supplier of chipsets used for TV set-top boxes and modems, is engaging in anticompetitive practices. Broadcom's behavior is likely, in the absence of intervention, to create serious and irreversible harm to competition. We cannot let this happen, or else European customers and consumers would face higher prices and less choice and innovation. We, therefore, ordered Broadcom to immediately stop its conduct."

Broadcom, for its part, indicated that it will comply with the injunction within the stipulated timeframe of thirty days. Moreover, the company has resolved to appeal this decision in European courts as it disputed EC’s interpretation of the provisions in its contracts in the following words: “We do not believe that these provisions have a meaningful effect on whether the customers choose to purchase Broadcom products.”

Of course, Broadcom is also currently under investigation in the U.S. by the Federal Trade Commission (FTC) as part of a broader antitrust probe of the tech sector. According to Bloomberg, FTC’s investigation of the company centers on alleged anti-competitive practices pertaining to the sale of data center networking switches and Wi-Fi chips. The chipmaker, as one of the key suppliers of the Chinese tech giant Huawei, has also taken a hit when Huawei was recently placed on the so-called ‘Entities List’ by the U.S. administration (read our coverage here). The list obligates American companies to seek prior approval from the Trump administration before supplying sensitive components to the blacklisted entities. Furthermore, back in 2018, the Trump administration had blocked Broadcom’s $117 billion takeover of Qualcomm on national security grounds. It must be noted that at the time, Broadcom was still domiciled in Singapore.