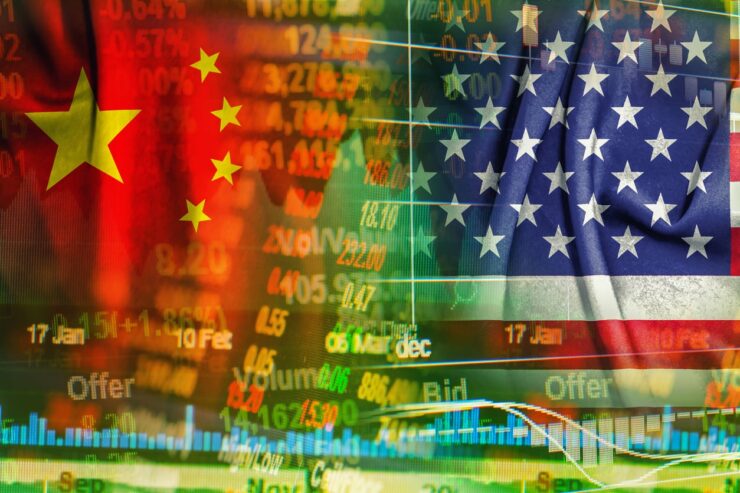 The European Union Chamber of Commerce in China seems to have taken a positive view of the country’s new Foreign Investment Law (FIL) slated to take effect on 1st of January 2020. Joerg Wuttke, the President of the EU body, informed reporters that, on the basis of a preliminary examination, the law “is surprisingly accommodating to all concerns ... we have.”

The landmark law was approved by China in March of 2019 – only three months after its placement on the agenda by the Chinese policymakers. The law, at least on paper, appears to show China’s resolve to improve the local business environment for foreign companies. The FIL stresses on a more equitable treatment of foreign investors by ensuring the provision of a level playing field and introducing the same level of protections for foreign investors as that afforded to the domestic ones. Moreover, the legislation aims to address major grievances of foreign businesses by removing inherent advantages that domestic firms enjoy in the government procurement process. The law also obligates local governments to treat foreign investments on the basis of a standardized framework of administrative actions. Finally, the FIL unifies the wide gamut of laws currently governing foreign investments which, in turn, will simplify the overall process and improve China’s ease of doing business.

The most crucial reform, however, appears to be the outright prohibition of forced intellectual property transfers. For years, foreign companies and their representative bodies have been critical of China’s tacit practice of encouraging technology transfers to domestic enterprises through a series of legal injunctions, administrative practices and financial incentives. For example, in May 2019, the EU Chamber of Commerce in China said that 20 percent of the 585 participants in an annual survey reported being subjected to forced technology transfer in order to maintain their respective access to the Chinese market. This constituted an increase of 10 percent when compared with the survey results from 2017. Moreover, according to the Chamber’s Vice President Charlotte Roule, in certain “cutting-edge” industries, the rate of forced transfers was found to be much higher – as high as 30 percent for the chemicals and petroleum industry while 28 percent for the manufacturing of medical devices. This survey echoes a 2017 report from the Organization for Economic Co-operation and Development (OECD) which states that a perusal of available literature reveals “several restrictions [that] are explicitly aimed at mandating technology transfer” in China. Furthermore, a September 2018 report by the Wall Street Journal names specific U.S. companies that were victims of Chinese hardball tactics to realize intellectual property transfers. These companies included DuPont (NYSE:DD), General Electric (NYSE:GE), Advanced Micro Devices (NASDAQ:AMD), Huntsman Corp (NYSE:HUN), and Micron Technologies (NASDAQ:MU). The report goes on to state that China, in order to achieve technology transfers, employed a variety of methods that “include pressuring U.S. partners in JVs to relinquish technology, using local courts to invalidate American firms’ patents and licensing arrangements, dispatching antitrust and other investigators, and filling regulatory panels with experts who may pass secrets to Chinese competitors.”

It is, therefore, an encouraging sign that the new Foreign Investment Law has taken the boldest step yet in curbing this malpractice. The article 22 of the law states that, “ The State shall protect the intellectual property rights of foreign investors and foreign-funded enterprises, and protect the legitimate rights and interests of holders of intellectual property rights and relevant right holders; in case of any infringement of intellectual property right, legal liability shall be investigated strictly . . . in accordance with the law. During the process of foreign investment, the State shall encourage technology cooperation on the basis of free will and business rules. Conditions for technology cooperation shall be determined by all investment parties upon negotiation under the principle of equity. No administrative department or its staff member shall force any transfer of technology by administrative means.”

Nonetheless, the law is not without its critics. Detractors point to the ambiguities in the legislation to be filled later on by other supporting regulations. According to the BBC, the law should be viewed “as a kind of sweeping set of intentions rather than a specific, enforceable set of rules.” Such ambiguities, however, leave the door wide open for subsequent loopholes that may still allow for a stealthy continuation of the reported malpractices. For example, the FIL forbids forced technology transfers by “administrative means” but fails to define what “administrative means” are.

Was the U.S. - China trade war a crucial impetus behind this law?

As mentioned earlier, the FIL was approved within three months of being tabled for consideration, thereby, constituting an uncharacteristically swift pace for the passage of such a complex legislation. This does lend weight to the view that China is increasingly feeling the heat of international criticism being levied at its treatment of foreign businesses. Moreover, the ongoing U.S. – China trade war may well have played an important role in the rapid approval of the FIL given China’s eagerness to dissuade allegations of impropriety from the Trump administration. As part of the continuing trade-related spat between the two countries, the U.S. and China have imposed successive sets of tit-for-tat tariffs. Additionally, the Trump administration has already declared China a currency manipulator and placed the jewel of Chinese tech industry – Huawei – on a blacklist that obligates American companies to seek a waiver from the administration before providing sensitive components to the Asian tech titan (read our previous coverage here).

China’s internal dynamics may have also provided an additional impetus for the passage of this landmark law. The country’s accumulated Foreign Direct Investment (FDI) exceeded $2.1 trillion by the end of 2018 and ranked second in the world according to the United Nations Conference on Trade and Development (UNCTAD). Yet, according to World Bank’s newest reading of the index, China’s ease of doing business ranked 46th in the world, far below that of many other countries such as the U.S., Malaysia, Germany, and Russia. In this context, it is evident that China needed a law such as the FIL to demonstrate a commitment to a more equitable and transparent business environment for foreign investment. Despite concerns around the legislation’s ambiguities, the FIL certainly constitutes a step in the right direction. Its overall efficacy, however, will be judged through the manner in which this law is implemented.