You know the meme: Ah sh*t, here we go again. Whether it's Ethereum, Monero, Dash, Tron, Ripple, or the many other Bitcoin mining alternatives this headline is not something gamers like to see pop up. But the reality is we're seeing a boom in profitability for GPU mining again and that typically spells disaster for the gaming graphics market, and this go around the Radeon 5700 Series could be the biggest player.

The GPU market is in a very interesting time, we're at the end of a product cycle with the RTX 20 Series and the first generation RDNA products coming to a close with the RTX 30 Series and the promise of new RDNA2 based GPUs on the immediate horizon. I'm not sure if this news comes at a good time, or the absolute worst time. See, the good could be that it helps move existing 5700 Series cards out of the pipeline and into the hands of miners, but not gamers. The good in that could be that it helps clear the shelves in anticipation of new cards, but what happens to the new cards? Do we get a repeat of the Hawaii days all over again?

My fear is that repeat is what we get, RDNA cards sell out to miners and the second RDNA2 cards are available BAM, gone too. But again, they're not going to gamers. It's good for AMD and Radeon's initial sales numbers but not to their long term brand penetration. But Keith, what about the RTX 20 Series won't this have the same effect on them? Not to the same degree, the RTX 20 Series are still not on the level of mining Ethereum as the RDNA cards, they're clearly gaming cards first. From what I could find you're going to need a 2080 Super or so to match the 5700 Series in ETH efficiency and hash rates, but that's going to cost you upwards of double. Although the recent RTX 20 Series push on the second-hand market may find themselves in a good position over new RDNA cards.

For those curious of what ETH mining on a Radeon RX 5700 Series looks like and can net you I did check it out for myself since I haven't dabbled with mining since the last craze rose up and everyone lost their minds. I went and picked up an account over at Betterhash, tossed together a basic setup, didn't tweak a thing and ended up with a full-throttle RX 5700XT reference card pushing out over $5/day and results in $157/month. Not bad if you let this roll in while you're not running your machine, but that's at full throttle. Let's have a bit of fun with this. 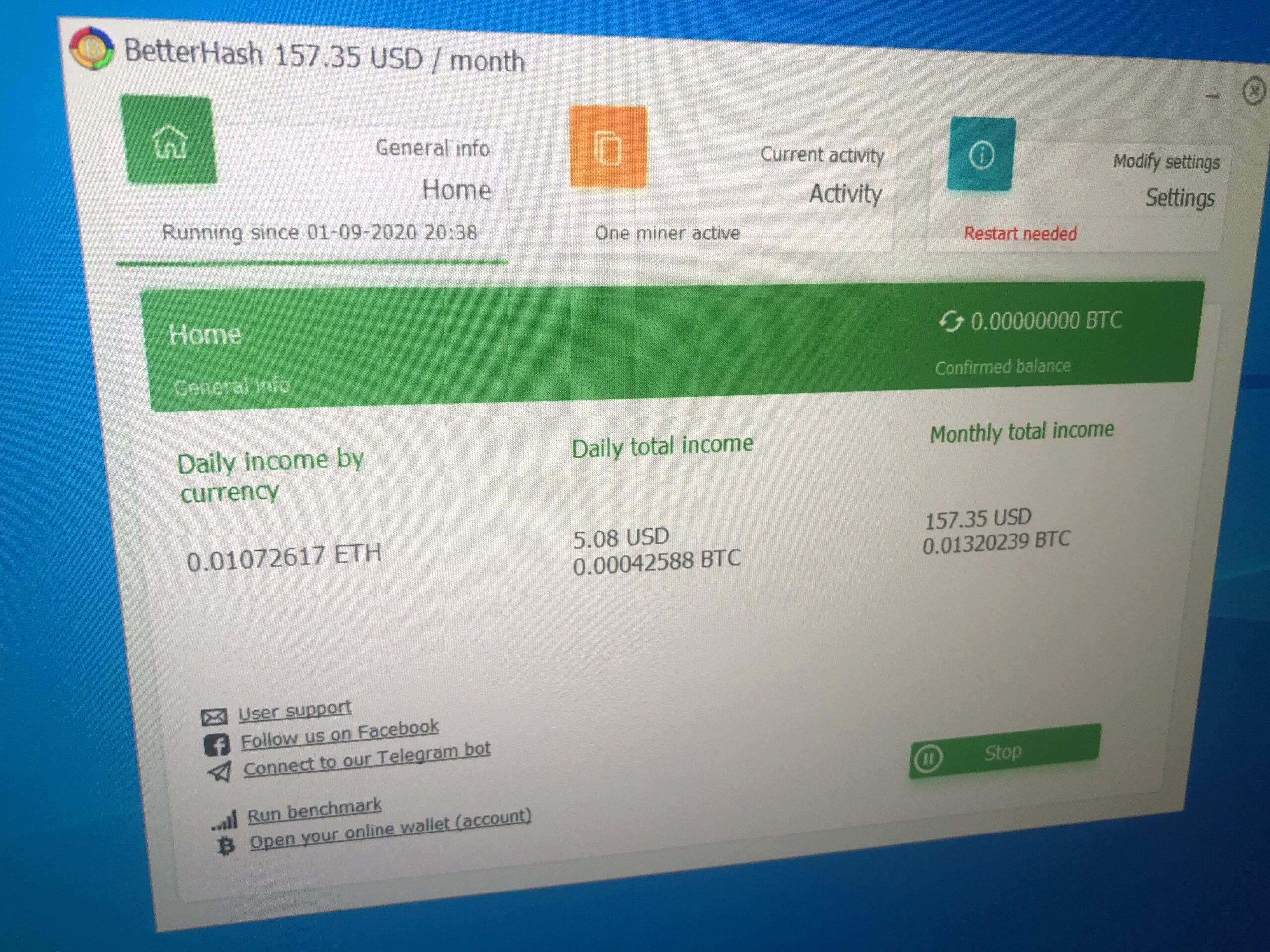 Having spent quite a bit of time in the past writing scripts for various mining algorithms, primarily LTC and FTC back in the day I know that full bore isn't always best. I decided to load up my RX 5700 into the mix and get to tweaking. No custom BIOS or anything like that. I did download Igor's More Power Tool just in case but never found myself really needing it. Once everything was setup the fun began.

Nothing special there, not even a case. Just thew the cards on an old Asus Crossblade Ranger with an A10 7890K to see what I could get the system to pull out. I used Wattman, even if it is a bit shakey at times I wanted to this to be straight forward and didn't care to sink much time into it. I settled on both cards with matching clocks and settings; GPU core at 1200MHz and about 900mV, memory pushed to 1800MHz (slight bump) and give the fan full range of motion and a minimum of 50%. The thermals came in decent enough with the GPU in the mid-60s but the memory stayed at under 80c under long loads. at about 250w at the wall while running isn't a bad place to be, but what about the return? 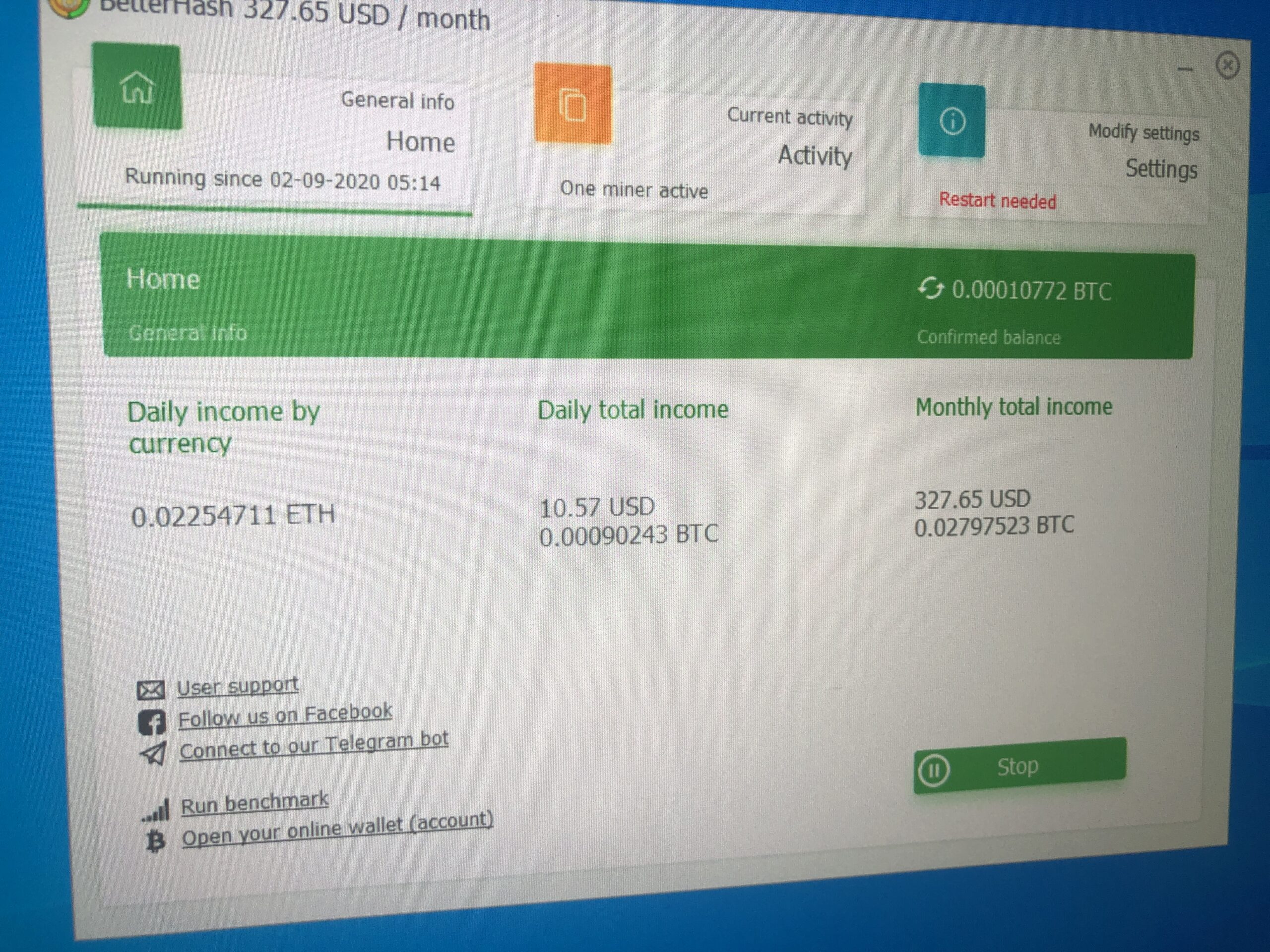 Well, the results kinda speak for themselves. Where does it all go from here? I mean, if I could pull this off with almost no effort in setting up, what's to stop those with a little bit more drive to really go to town? There's always a part of me that gets a bit excited when I see the crypto market doing well since I was so heavily invested in the 2011-2013 time frame but after getting in too deep I backed out for good. I almost got sucked in a few years ago when it went wild again, so who knows where this new enthusiasm takes us. I for one will be keeping an eye on it, and if you're in the market for a new graphics card, you might want to as well.

But a quick reminder for those who see this as a time to dogpile on the mining craze. Remember, the more that mine the worse your return gets because the difficulty skyrockets and the shares decrease cutting that profitability window significantly.