The Escapists Becomes #1 in the App Store 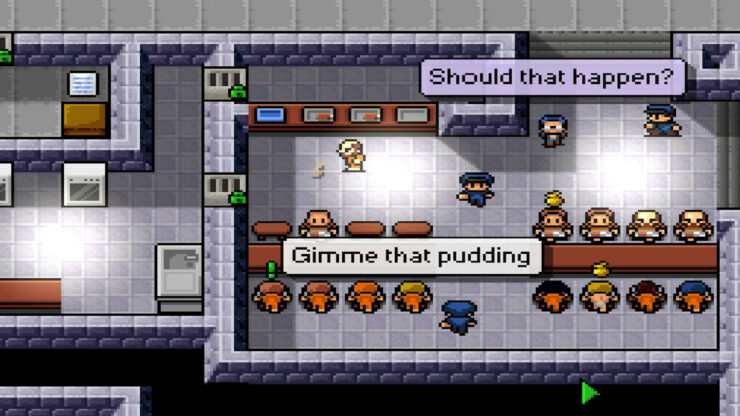 Digging a hole is still my preferred way of escape. Team 17 and Mouldy Toof just announced today that the iOS version of their prison escaping simulator, The Escapists, tops the charts in the App Store.

As of yesterday, The Escapists took the current the number 1 spot in over 23 countries while still keeping a 5 Star rating.

Here's the type of hijinx you should expect to get into in the iOS version of The Escapists:

The Escapist is available now on iOS and Android for $3.99.

The Escapists 2 was recently announced for later this year on Xbox One, PC, and Playstation 4. Debbie Bestwick MBE, CEO of Team17, was super excited about the sequel's online features:

One of my most anticipated features in The Escapists 2 is co-op for up to four players. Multiplayer was something we saw our incredible The Escapists community cry out for in the original game and something I’m so excited to see fully realised in the sequel, both local and online. As a player with quite a few prison escapes under my own belt I can’t wait to work together with my friends on escapes.