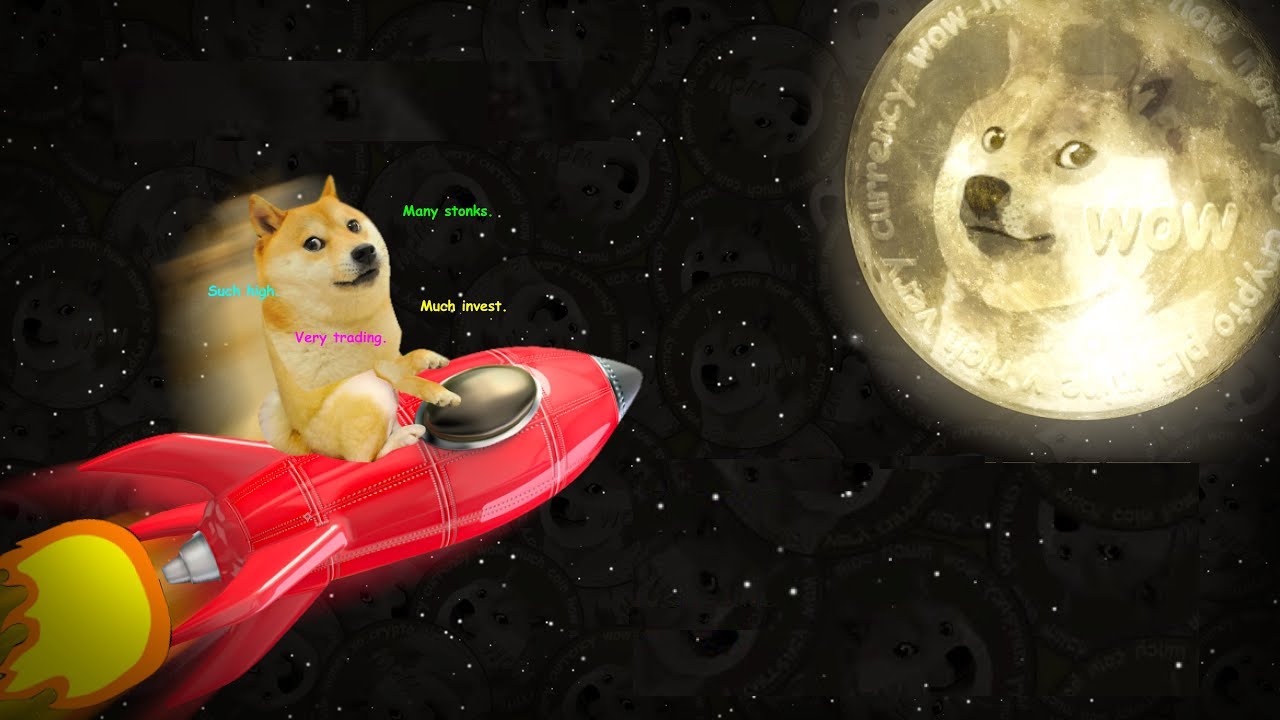 Cryptocurrency Dogecoin, named after the popular Internet 'meme' Doge inspired from the Shiba Inu dog, is now the world's fourth most valuable cryptocurrency. The change comes as Dogecoin has gained more than 50% in value over the course of this week, with a total market value of $78 billion at 10:00 EDT. In addition, the cryptocurrency is renowned for being the center of attention for Tesla chief Mr. Elon Musk, who has often voiced his support for Doge on the social media platform Twitter.

When Elon Musk tweeted about Dogecoin in April last year, the cryptocurrency was valued at roughly $4 billion. Since then, its market value has grown and crossed $70 billion on Tuesday. The Tesla and SpaceX chief's latest tweets about Dogecoin came late last month when he referred to himself as the "Dogefather" while announcing that he will be hosting the popular prime time television show Saturday Night Live.

Following its recent rally, Doge has crossed the previous fourth most valuable cryptocurrency, Stellar. However, reflective of the highly volatile nature of cryptocurrencies, it is also experienced sharp drops and rises earlier this week. For instance, at 10:05 EDT on Tuesday, its price touched a new all-time high value of $0.611135, but then, it went on a downward spiral. It dipped to $0.522304 ten minutes later and then rose back up to $0.547397 at 11:07 EDT.

This level is still significantly higher than the currency's price just last. The drops indicate normal volatility as some folks look to cash in their gains before anticipated drops.

In addition to Musk, billionaire Mark Cuban has also voiced his support for the cryptocurrency, calling it "better than a lottery ticket" during an appearance on Ellen Degenres' television program, Ellen. 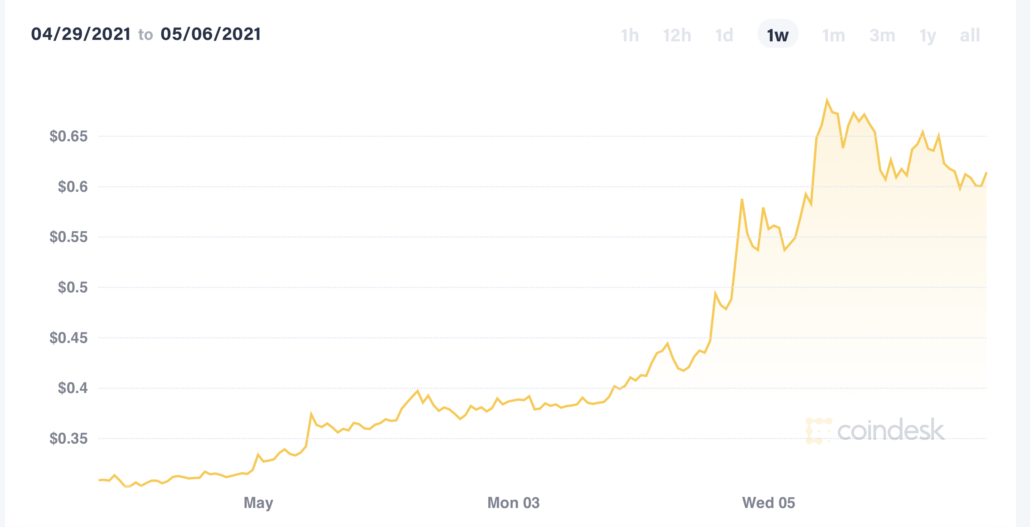 Dogecoin has soared to record highs as brokerages eToro and Gemini added it to their platform for trading. Image: Coindesk

Dogecoin's latest run comes after brokerage eToro added it to its platform, enabling customers to trade the currency. eToro was followed by Gemini, who announced its support for Dogecoin on Tuesday. The pair followed professional American baseball team Oakland Athletics announcing that fans could purchase game tickets using Dogecoin for the three-game series against the Toronto Blue Jays.

In a poll conducted by Dogecoin last year, followers on the currency's Twitter page expressed their preference to have Musk as its chief executive officer. In the poll, the Tesla and SpaceX chief led the pack by gaining more votes than Ehetreum founder Vitalik Buterin, Metal Pay founder Marsh Heyner and Litecoin founder Charlie Lee.

Moving Beyond Tweets and Memes: Revisiting the Bullish Case Around Dogecoin (DOGE)

Given his celebrity status, several of Musk's tweets have caused Dogecoin's price to increase exponentially. One such post came in mid-April when he tweeted, "Doge Barking at the Moon and shared an image of Spanish painter Joan Miro's painting, Dog Barking at the Moon.

Doge Barking at the Moon pic.twitter.com/QFB81D7zOL

Dogecoin is only of several cryptocurrencies trading in the digital world. As of January 2021, more than 4,000 such currencies are being traded.

Musk is set to host Saturday Night Live later this week, and given Dogecoin's price hies following his and Cuban's comments, the television show could result in further color for the currency. His rocket company successfully landed the upper stage prototype of its Starship next-generation launch vehicle yesterday, a first in the platform's early-stage high altitude tests. Video feed from SpaceX showed the Starship SN15 test article standing on the pad post-flight with a fire at its base being put out by equipment on the launch pad.

Dogecoin was created by engineers Jackson Palmer and Billy Markus and launched in 2013 partly as a joke and as an alternative to mainstream cryptocurrencies such as Bitcoin.

Elon Musk Keeps Pumping Dogecoin (DOGE) Even After the Recent Crypto Crash – Is There a Method to This Madness?