Elon Musk Keeps Pumping Dogecoin (DOGE) Even After the Recent Crypto Crash – Is There a Method to This Madness? 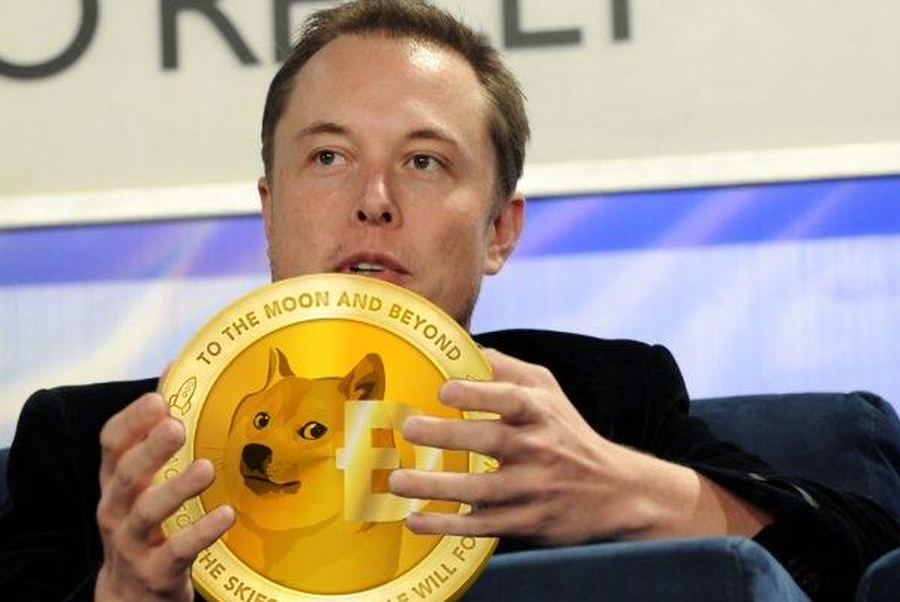 Dogecoin (DOGE), a cryptocurrency created as a joke, has become the perfect vehicle for the CEO of Tesla (NASDAQ:TSLA), Elon Musk, to prove his star power. After spurring Dogecoin’s spectacular rise and the subsequent fall, Mr. Musk has now returned to regularly endorsing this meme coin.

After repeatedly pumping Dogecoin in the runup to his Saturday Night Live appearance, Elon Musk then precipitated a crash by terming the cryptocurrency a “Hustle”. Apparently still not satisfied, Mr. Musk then engineered a collapse in the wider crypto sphere by announcing that his company would no longer accept payment in Bitcoin (BTC) due to the cryptocurrency’s heightened energy consumption and the attendant adverse impact on the environment. After severe backlash from the crypto community, which railed at him for either not being aware of something as fundamental as Bitcoin’s mining process or deliberately ignoring this aspect until recently, the CEO of Tesla then hinted at dumping the Bitcoin holdings of his company entirely. Predictably, this sent shockwaves across the crypto sphere, culminating in yesterday’s wide-ranging crash, which was incidentally precipitated by China banning cryptocurrencies again.

This brings us to the crux of the matter. Elon Musk has continued to tweet in favor of Dogecoin during this period of heightened volatility. Consider his tweet from yesterday:

How much is that Doge in the window? pic.twitter.com/bxTkWOr50V

For the common investor in Dogecoin, there are only two justifications for retaining exposure to this meme coin: either you are bullish on the coin’s fundamentals, or you believe in Elon Musk’s star power. The former possibility is quite unlikely given that Dogecoin, with its uncapped supply and proof-of-work mining mechanism, shares all of Bitcoin’s shortcomings without offering any differential upside. Therefore, the latter possibility – the one pertaining to Elon Musk’s persona – is a much more likely explanation for this considerable newfound demand.

So, has Elon Musk succeeded in pumping Dogecoin again? Let’s delve deeper. Relative to yesterday’s low, Bitcoin is currently up 18.43 percent, Ethereum (ETH) is up 34.97 percent, ADA is up 38.96 percent, and DOGE is up 38.37 percent (based on price information from CoinMarketCap). Given that Dogecoin has significantly outperformed both Bitcoin and Ethereum in the current recovery phase and is matching Cardano’s price gains, I think we can safely assume that Mr. Musk’s latest pumping tweet has done its job.

Is there a method to this madness? We believe there is. As we've noted in a previous post, Dogecoin’s price action is currently completely beholden to Elon Musk’s whims. With the flick of his fingers, the CEO of Tesla can send the price of this meme coin to either the soaring vistas or the tawdry depths. The lack of regulatory vigilance in the crypto sphere remains the icing on the proverbial cake for Mr. Musk. We suspect that Tesla will move toward gaining exposure to Dogecoin and then buffer its earnings volatility by realizing outsized gains from the wild gyrations of this coin. Remember, Tesla earned more profits from selling a part of its Bitcoin holdings in Q1 2021 than it did selling EVs. This buffer gains all the more significance in the emerging challenging environment for Tesla in China, where the state media has been quite vocal in pointing out the purportedly shoddy build quality of Tesla vehicles.

Therefore, we can safely assume that Mr. Musk is still in the proverbial driving seat when it comes to Dogecoin's price action. It is for the meme coin’s buyers now to decide whether the star power of Tesla’s CEO is a sufficient rationale for continuing to throw one’s hard-earned money into this pit. Regardless of the outcome, this sordid journey is certainly entertaining. And for that, Elon Musk deserves all the credit in the world.