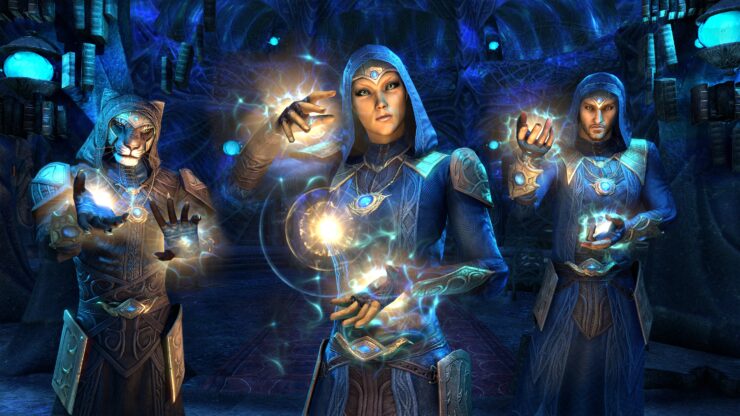 Despite its popularity, The Elder Scrolls Online is one of the series that I have had little interest in, in the past, yet its recent chapters have certainly brought the franchise to my attention. Released in June last year, ESO: Morrowind took players on a nostalgic trip back to Vvardenfell -  an area that hadn’t been visited for around fifteen years. This year, Zenimax Online Studios will be taking us back to a region we haven’t seen for over twenty years: the Summerset Isles. Last seen in ESO: Arena, the developer has created Summerset using the existing descriptions of the isles, creating a high fantasy-style region that reflects the values of the High Elves that reside there. This massive new zone, filled with new landmarks, characters, adventures and more will introduce players to new skill lines, a new trial and will continue the ESO meta-story surrounding the Daedric conspiracy.

One of the most exciting additions to Summerset is the all new skill line. This chapter will enable players to join the secretive Psijic Order, consisting of a strange group of sages that supposedly predate the Mages Guild. For the first time in any ESO game, players will have the opportunity to travel to Artaeum to unlock powerful new abilities, including an ultimate. Joining the ranks in the Psijic Order will add a mystical flavor to the game and players are going to explore Artaeum as a result of the main quests in the skill line. 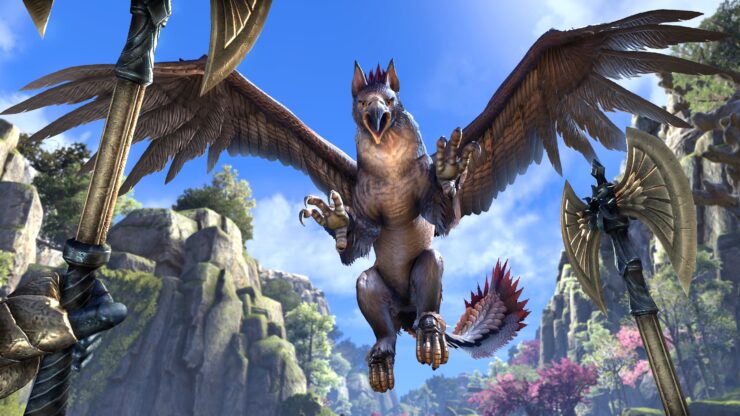 ESO: Summerset will also launch with the Cloudrest Trial. This trial will support up to twelve players and is located on Summerset’s highest peak. The usually bustling city of Cloudrest has mysteriously fallen silent and its protectors (the Welkynar) have also disappeared. Players that have already played through Asylum Sanctorium will understand the basic structure of how this trial will unfold however, Cloudrest will have four bosses, opposed to the three in Asylum Sanctorium. With the new trial comes new loot too, in the form of four new item sets along with “perfected” versions of the sets for those who are able to complete the hardest version of the trial.

Furthermore, the newest chapter will leave players looking stylish thanks to the brand new Jewelry Crafting skill line. Tailoring your items is about to become a considerably more detailed process as players will have the power to craft custom jewelry, research it and even deconstruct it. Similarly to other skill lines, we will be able to complete Writs and Master Writs too. Upon upgrading to the Summerset chapter, players will see a number of Jewelry Crafting Stations that will be positioned across Tamriel. Unfortunately, players that do not purchase Summerset will not be able to access the Jewelry Crafting skill line or create their own custom jewelry; however, they will still be able to purchase the jewelry items in the game for their character. 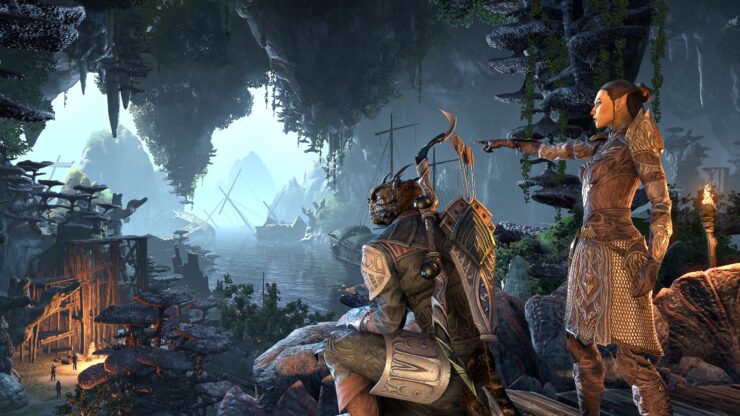 Veteran fans are likely interested in which familiar faces we’ll be seeing in the next installment and although very little information has been shared regarding any recurring characters, there was one familiar character that plays a pretty substantial part in Summerset. Khajiit spy, Razum-dar, has already been confirmed as an ambassador but there’s potential for us to see a few other characters too. Alternatively, there are a few new enemies in this chapter. With roughly six or seven classes on show including Salamanders and Gryphons.

So Summerset is packing a good portion of new content that has been estimated at over thirty hours worth of gameplay but will there be any new updates to the base game for players that aren’t dropping into the new chapter straight away? Well, it appears so. Update 18 will be launching alongside Summerset, with its main focus on daily rewards, both for logging into the game and for completing Battlegrounds matches. The Crown Store will also begin to support gifting to friends and allies.

Every time an ESO installment releases it always seems to look better, and Summerset is no exception. Thankfully it will require the same PC specs as Morrowind did, so if your PC was able to handle that chapter you won’t have any worries with this one. This also applies to both of the console versions of ESO; the game will not look any better than the Morrowind expansion but it also won’t look any worse.

It appears as though the release of every new ESO chapter is a good time to jump into the game as Zenimax Online Studios put so much effort into making the game accessible for new players. With improved tutorials in every installment as well as the option for new players to team up with veteran friends, there really isn’t anything stopping you from trying out ESO: Summerset when it releases in June. Purchasing the new chapter will give new players access to the base game while existing players that own the PC version will be able to play Summerset early (from 21st May) through the Early Access Programme. With each chapter building on ESO’s wild story, and with the latest chapter taking us to such an interesting location, there’s a lot to look forward to in June.

You can already pre-order Elder Scrolls Online: Summerset for Xbox One, PC and PlayStation 4. This would include the base game and the Morrowind expansion.