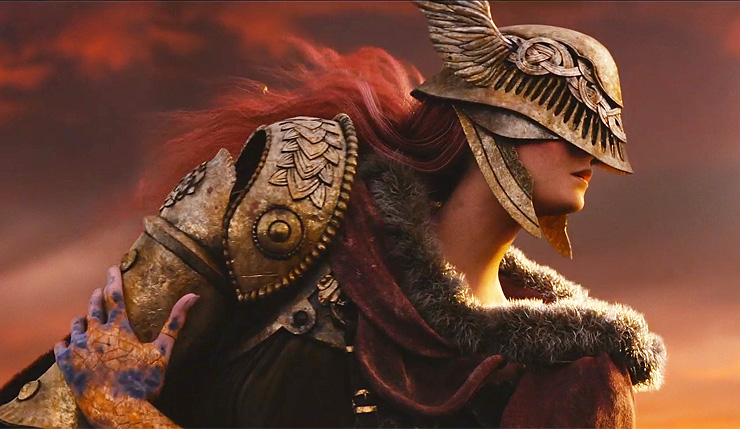 In the past few months, we have heard a lot of rumors regarding Elden Ring's release date, but none have been confirmed, as From Software has yet to make an announcement. While not exactly official, the developer finally provided some hints regarding the game's release window.

The developer recently shared a New Year's Card on its official website, offering players a phone wallpaper if they register. The three choices are for a Sekiro: Shadows Die Twice, Metal Wolf Chaos XD and Elden Ring. The interesting thing is that the website mentions a June release for Elden Ring. 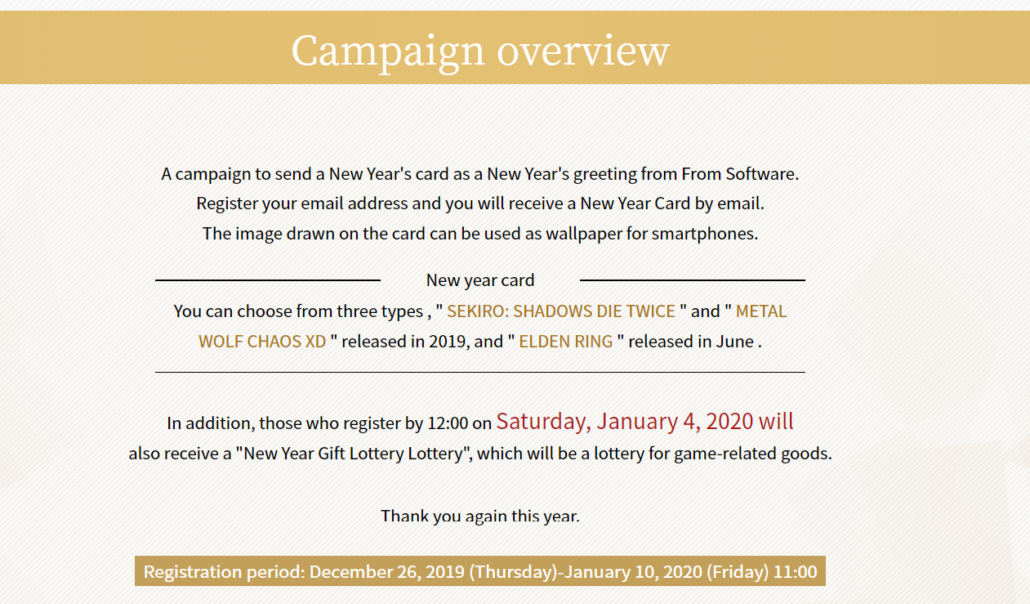 While the Elden Ring release window comes straight from the developer, we have to take it with a grain of salt. If the game indeed launches in June, we will surely get an official announcement in the coming weeks.

Very little is currently known about Elden Ring as of now. From Software and Hidetaka Miyazaki revealed that it would be the team's biggest game yet, and some rumors suggest that the gameplay mechanics will be a combination of the Souls series with mechanics lifted from other series like Zelda and others.

Elden Ring is currently in development for PC, PlayStation 4 and Xbox One.