At their Gamescom 2013 conference, EA showcased the latest Battlefield 4 Multiplayer gameplay that is set on a new island map called Paracel Storm. DICE's next generation Battlefield 4 is built from ground up powered by a new Frostbite 3 engine and backed by powerful gameplay and multiplayer features that no other online shooter has to offer. EA also displayed a full preview of Levolution which turns out to be much greater than anticipated. 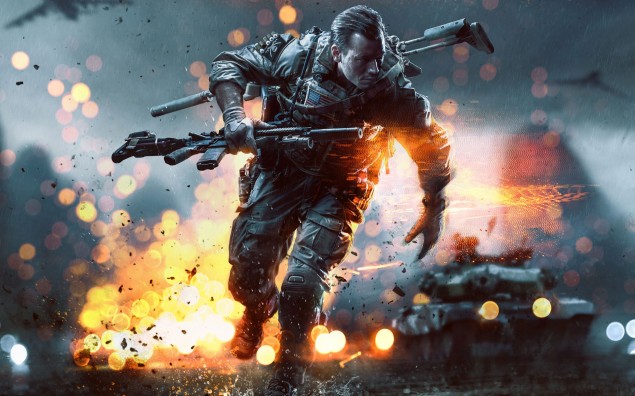 The new Battlefield 4 Multiplayer gameplay which is based on the island map shows 72 players competing against each other in an all out war. Battlefield 4 would go all out with Levolution with each map featuring its own set of massive destruction setting. Some of the maps showed Levolution in the form of a battleship crashing on an Paracel Island, a whole dam being blown apart and the building destruction from Seife of Shanghai.

The Battlefield 4 Mutliplayer was showcased on a PC powered by AMD hardware since the company is EA's official hardware partner. It should also be noted that PC is the lead platform for all Frostbite 3 based games which means exclusive optimization for AMD powered hardware for DICE's developed games.

Battlefield 4 Premium is making a comeback with Battlefield 4 featuring 5 DLC packs with the last one being Final Stand. More details on which would be available soon.

DICE's General manager has also confirmed that the BETA for Battlefield 4 would be available to gamers to try out in early October. Battlefield 3 Premium and MOH: Warfighter owners would get first access to the BETA early on.

Battle.net Might Soon Get Discord-like Groups And The Ability To Appear Offline