EA Turned Down Rocket League in 2011, But Is Looking for New Indie Games with EA Originals 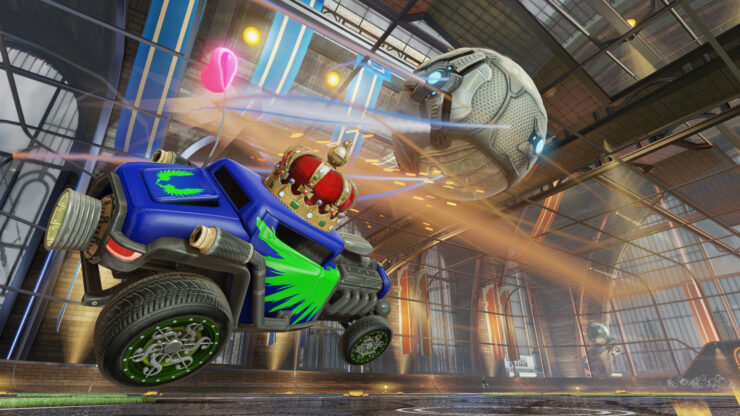 Did you know that EA turned down Rocket League five years ago?

That's what Psyonix's Design Director Corey Davis tweeted. He also added that it was a blessing in disguise, for how things turned out for Psyonix.

We actually pitched the game to EA Partners in 2011, so I'm not sure what would be different this time around! https://t.co/FF59BS3Z6N

doubt it. It was a blessing in disguise. More that it's tough to identify and fund eventual successes so early

Rocket League generated $110 million in less than a year from its original release. Clearly, this kind of success stings for Electronic Arts and that's why the giant publisher is now looking at similar projects with their EA Originals program. Here's what Executive Vice President Patrick Söderlund told IGN:

Would I want to be the guy that found Rocket League? Yes. Would I want that to be an EA property? Of course I would like to. That’s [the idea behind EA Originals]. For us to be able to find these people and help understand what they’re building and help push it to market. For us to find something else.

I was essentially a small indie developer myself. Battlefield 1942 was made by 14 people. It was, in today’s means, an indie game. Had I not had the proper support and funding for it, I wouldn’t be in this industry. So, for me it’s about finding not necessarily the next Battlefield, but finding the talent out there... That’s essentially [why we're doing this]. Together with, frankly, to pay [the gaming industry] back. It’s so difficult to make games and run a small business, which it shouldn’t be. I believe that when we’re as big as we are, we need to be there. We need to be a part of supporting and nurturing the dev community. It’s that simple.

EA Originals won't apparently generate any money for Electronic Arts after they've recouped costs, as all additional profits will go to the developer. The first EA Originals game will be Fe by Swedish team Zoink; you can read more about it in our previous report.