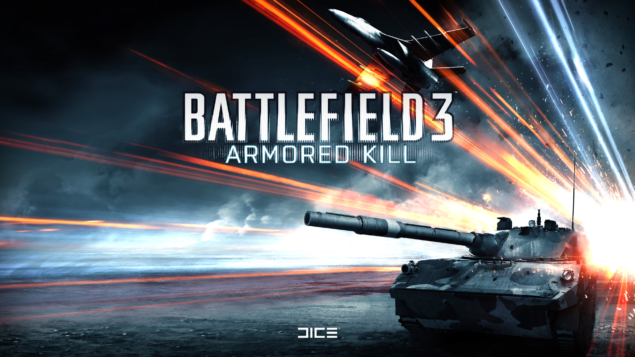 EA, today released the launch trailer of its latest DLC for Battlefield 3 - Armored Kill which adds new maps, a new gameplay mode and several new vehicles and weapons which spice up the action.

The Armored Kill DLC genuinely revolves around vehicular combat and brings in the new Tank Superiority game mode which brings Main Battle Tanks and Tank Destroyers fight for control over a single flag within a large open terrain putting upto 16 tanks in combat against each other.

Fight would commence on some of the largest maps in Battlefield's history which include Bandar Desert, Alborz Mountain, Death Valley, Armored Shield. There's also six new vehicles coming in the game which include:

The Armored Kill sure sounds as one of the best Battlefield 3 DLC's to date and you can acquire it for   $14.99 / €14.99 / 1,200 Microsoft Points on the PC, PS3 and Xbox 360. Premium PS3 players get the DLC today while it would be available on PC/360 on 11th September and 25th September for regular players. You can find more details on Armored Kill here.