EA Is Removing Russian Teams from FIFA 22 and NHL 22 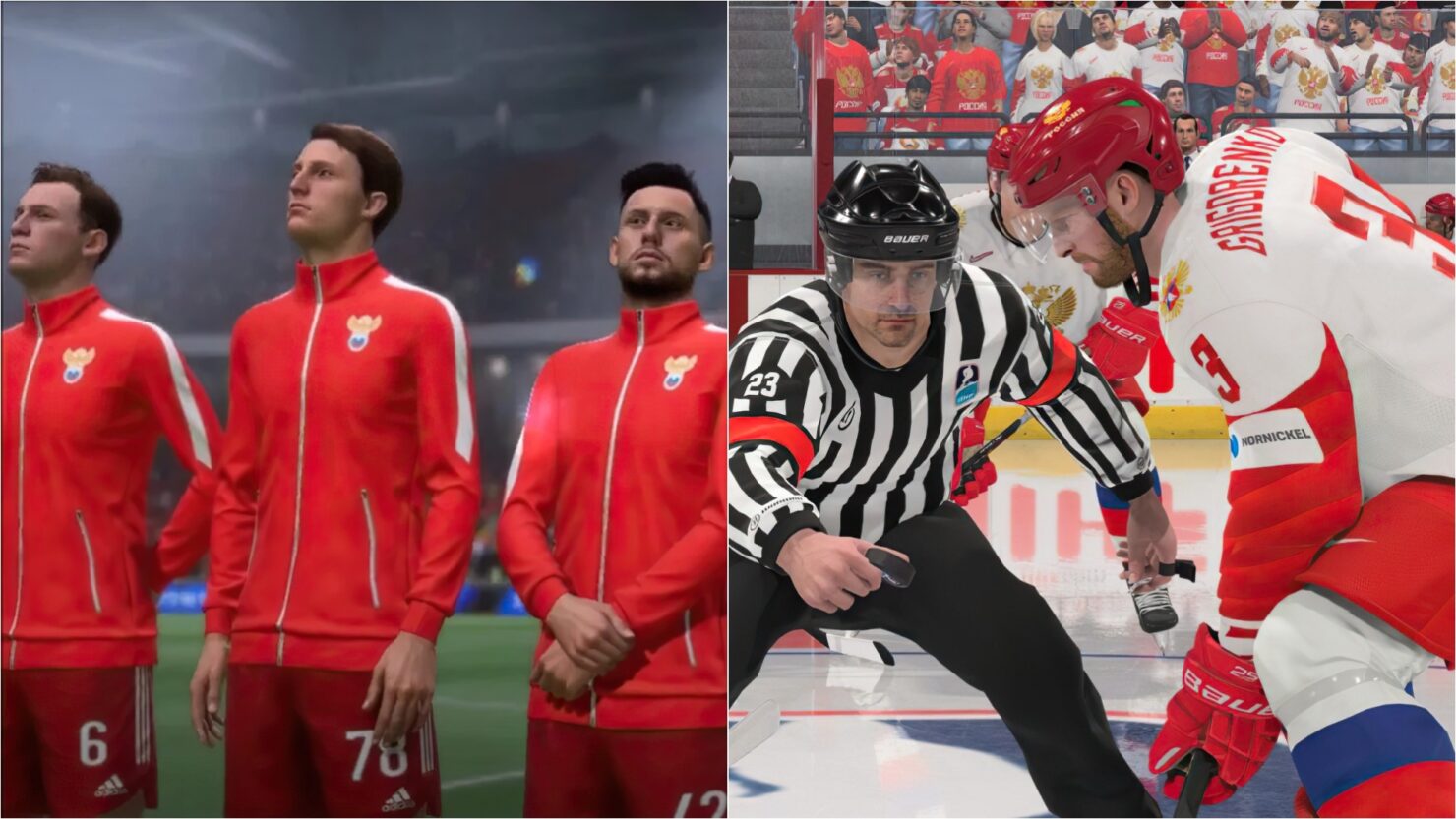 EA Sports stands in solidarity with the Ukrainian people and like so many voices across the world of football, calls for peace and an end to the invasion of Ukraine.
In line with our partners at FIFA and UEFA, EA Sports has initiated processes to remove the Russian national team and all Russian clubs from EA Sports FIFA products including: FIFA 22, FIFA Mobile and FIFA Online. We're also actively evaluating related changes to other areas of our games. We will keep our communities up to date on any actions taken, and thank players for their patience as we work throu these updates.

Following the IIHF's suspension of all Russian and Belarusian national and club teams from IIHF competitions, we will be removing these teams from NHL 22 within the coming weeks.
We stand with the people of Ukraine and join the voices around the world calling for peace.

Russian drivers have also been banned from participating in UK motorsport events, which means Formula 1 driver Nikita Mazepin won't be able to compete in the Grand Prix scheduled to take place at Silverstone on July 3rd. We'll have to see whether EA adopts similar measures for its F1 game.

The news comes after the Ukrainian Deputy Prime Minister and Minister of Digital Transformation Mykhailo Fedorov asked gaming companies such as Xbox and PlayStation to leave the Russian market while the conflict rages on. He also called for developers and publishers with offices located in Russia, such as Electronic Arts, Ubisoft, Riot Games, Gameloft, and Wargaming, to close them.