EA May be Planning to Tinker with Battle Passes, Patents New Branching System

The loot box is dead -- we’re now living in the era of the battle pass. For those who have somehow never played Fortnite or any other recent live-service game, battle passes allow players to acquire cosmetics by earning XP and levelling up over a limited period of time. Most of the time you can participate for free, but can pay to either level up quicker, or buy into a “premium” pass with better rewards. Battle passes are still somewhat manipulative, but not nearly as problematic as loot boxes, so most gamers are grudgingly willing to put up with them. 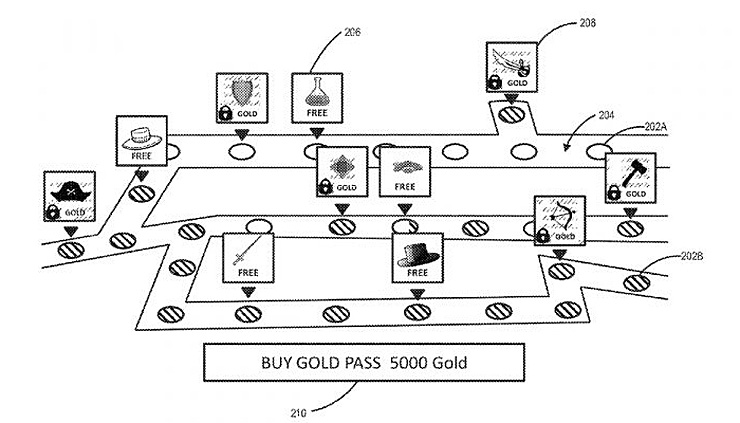 The seasonal reward system can provide users with a non-linear map that allows the users to choose how to progress through the reward map when advancing or leveling up a virtual character or user account within the video game.

The virtual map can provide a visual representation of a non-linear pathway or tracks that a user can follow based on how the user would like to proceed and what types of rewards the user prefers to unlock. The reward map provides a series of reward nodes connected by links, resulting in a plurality of pathways or tracks that a user can select during advancement within the video game.

I could see a branching battle pass being good or bad depending on how it’s implemented. On the one hand, being able to specifically target certain rewards sounds good, but you could end up with a situation where collecting everything is far more complicated (and expensive) than in a simple linear battle pass. Do I trust EA to implement a branching battle pass in a fair way that won’t cost players additional money? Given their history, I’m not terribly optimistic.

What do you think? Do you think branching battle passes could be a force for good, or is it just another way to nickel-and-dime players?