[Update] Bethesda has revealed the exact release date and pricing details for Dishonored: Definitive Edition, along with more info on all the content that the game will come packed with.

In addition to a Dishonored 2, a brand new sequel to its most critically acclaimed stealth action-adventure video game, Arkane Studios took the stage today during Bethesda’s first ever E3 press conference to announce Dishonored: Definitive Edition, a remastered version of the 2012’s signature steampunk assassin adventure. The upcoming game will only be coming to PlayStation 4 and Xbox One consoles, and will include all the downloadable content that was previously released for the original game.

Dishonored: Definitive Edition For PlayStation 4 and Xbox One Will Include All Previous DLCs - Launching on August 25

As the first of the publishers to be presenting a conference at this year’s Electronic Entertainment Expo, Bethesda has a large audience to cheer for it, and the publisher is making sure the crowd gets ample content to cheer for. Arkane Studios just announced the highly anticipated sequel, namely Dishonored 2, to one of the best games ever created on last-gen platforms. According to initial details, the follow-up title will be coming to next-gen consoles only, and will feature two main playable characters; Corvo, the main protagonist of the first game in the series, and a new female character named Emilie.

The French video game developer did not reveal any release date for the game, but as a substitute, Dishonored: Definitive Edition was announced for PlayStation 4 and Xbox One consoles. The remastered version of the 2012’s original Dishonored will hit the local markets this fall, and will include all the downloadable content that has been released for the original title up until now. The game will launch on August 25, 2015 in North America and on August 28 in Europe and will carry a price tag of $40/£30/€40.

"Arkane Studios’ 2012 Game of the Year, Dishonored, and all of its additional content – Dunwall City Trials, The Knife of Dunwall, The Brigmore Witches and Void Walker’s Arsenal – come to PlayStation 4 and Xbox One in Dishonored Definitive Edition! Experience Dishonored plus all of its additional content on the new console systems for the first time, complete with enhanced graphics that take full advantage of the powerful hardware of this generation."

Dishonored: Definitive Edition coming this year means that fans won't be able to put their hands on Dishonored 2 anytime before later 2016. Keep following us to get all the latest inevitable breaking news from E3 2015 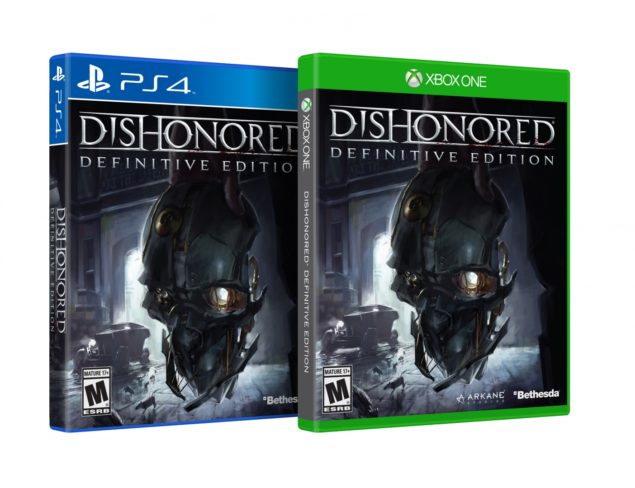