Well, everyone saw this one coming. After inadvertently giving out the upcoming sequel to its most critically acclaimed stealth action-adventure video game, Bethesda finally unveiled Dishonored 2 today during its E3 2015 press conference with a gameplay trailer that surely makes the new next-gen title look as beautiful as anything. The publisher was quite tight-lipped about the upcoming game and gave out no release date, but it did disclose the obvious; Dishonored 2 will be coming to PC, PlayStation 4 and Xbox One only. 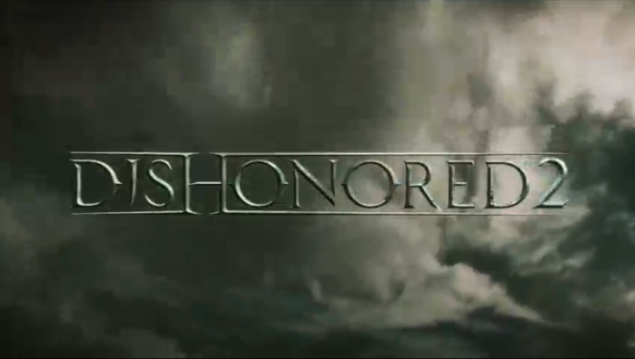 For a publisher like Bethesda Softworks, it is hard to say what’s in store for those who wait desperately for new installments in their favorite video game series. It is after more than half a decade of tortuous wait and afflictive whimpering that Bethesda has announced Fallout 4, a game that every single gamer who has traversed through the post-apocalyptic world of Fallout had been desperately waiting for. Seeing as it is, a follow-up to 2012’s best-selling game at this year E3 seemed 50/50, but Bethesda knows how to make its fans happy.

At its first ever E3 press conference today, Bethesda finally announced Dishonored 2, a follow-up to Dishonored that is currently in development at Arkane Studios, along with a gameplay trailer and a few details about the gameplay and setting of the game. The gameplay footage reveals a female protagonist on a hunt. The developer has announced that the game will have two playable characters, Corvo, the main protagonist of the upcoming game’s predecessor, and a female character named Emily Kaldwin.

According to the developer, the storyline of the upcoming stealth action game will be very exciting and consistent with a little mix from its predecessor. The game continues years after the events of Dishonored. Players who has longed for the signature steampunk assassin adventure will be pleased to know that Dishonored 2 will offer all that with good spice. There is no info on the release date of the game, which means it will most possibly come next year.

Taking about graphics and visual assets of the upcoming game, Dishonored 2 will definitely look more symmetrical than its predecessor, that much is for sure from the gameplay footage of the game. The game is being put together using the latest next-gen video game development technology  for PC and current-gen video game consoles only, so it will obviously be up to snuff. But with Dishonored, you are not in only for good looks, the real element that will strengthen your affair with Dishonored 2 is, like the first title in the series, the main storyline of the game. Blended with awesome and epic moments, the trailer shared below is enough feast your eye upon for now.

Sorry for crappy quality and watermark, I took these screenshots directly from Twitch stream.

Dishonored 2 will come packed with several new features that were only possible on the latest platforms. Whether or not the game will make its way to the last-gen PlayStation 3 and Xbox 360 consoles in future is currently unknown. The game probably is currently under its early development and so, it won’t be playable on E3 showfloors.

Blended with awesome and epic moments, the trailer shared below is enough feast your eye upon for now.