Developed by EA Sports, FIFA 15 is the next generation premiere football sensation which is hitting the store shelves this year. FIFA 15 brings back the renowned game mechanics of EA Sports franchises with the brand new Ignite engine that will be available on PC, PlayStation 4 and Xbox One. 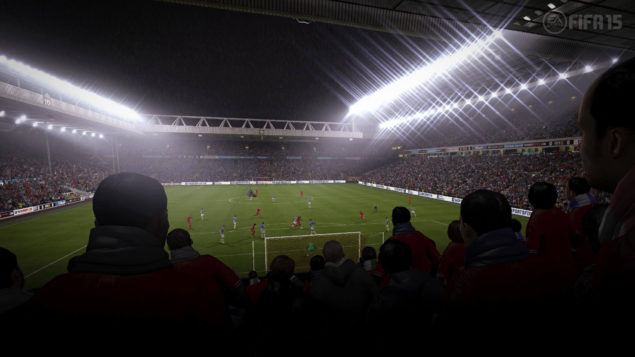 When EA unveiled FIFA 14 last year, it was made clear that the company would not be bringing support of EA's Ignite engine to the platform whereas the next generation console counter parts did get support for it. EA stated that due to majority of PCs players having low hardware specifications, it was better suited not to release the game engine now but in the future as hardware becomes more powerful. The time has come and EA is bringing Ignite Engine with their next generation FIFA 15 title.

In the last FIFA 14 title, Ignite brought several improvements to the gameplay featured on the PlayStation 4 and Xbox One consoles. The way the players move and reacted to an incoming pass was more realistically projected and the animations were enhanced to give a sense of realism and use several of their body parts to move the ball in various directions, balancing it in and out of the field and routing it in the desired directions.

FIFA 15 will be arriving on all the next generation platforms including PlayStation 4, Xbox One and PC with the latest Ignite Engine. A slimmed down version without Ignite would be made available on PlayStation 3 and Xbox 360 too. Following are the FIFA 15 PC Requirements which are quite a bit beefy for a sports title: