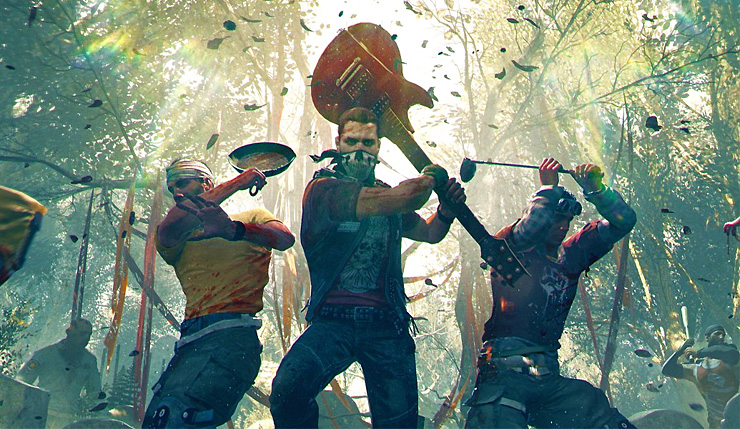 How has this not happened before? Dying Light and Left 4 Dead 2 seem like obvious candidates for a crossover, and now Techland has finally made it a reality! Yes, a new currently-ongoing limited-timed event brings a Left 4 Dead 2 flavor to Dying Light with more aggressive zombie hordes, more guns and ammo, and some unique weapons. You can check out a brief teaser trailer for the zombie mashup, below.

Here’s a few more details about the crossover:

To recreate the memorable feel of L4D2 in our game, we’ve introduced some gameplay tweaks. Expect a lot of Virals, whose numbers we’ve increased to push the attacking hordes into overdrive and intensify your fight for survival as you face waves of infected coming for you. To even out the odds and shift combat towards Valve-esque territory, we’re also more generous with guns and ammo for you to find.

We’re sure you’re gonna love what comes next! The icing on the cake is the inclusion of three iconic Left 4 Dead 2 melee weapons: Electric Guitar, Frying Pan, and Golf Club. You will find the blueprints in the free DLC, but the most badass variants (orange and gold) are available as rewards for completing challenges and three special Bounties during the event. Go get these toys and have fun delivering crushing riffs, serving killer dishes, and improving your golf swings!

It’s not quite Left 4 Dead 3, but it’s a nice hint of what might be. Honestly, Techland and Valve should just come to an agreement and make a Left 4 Dead mode a permanent part of Dying Light. Techland are the kings of zombie stuff right now, so let them carry on the legacy.

Dying Light is available on PC, Xbox One, and PS4. The Left 4 Dead crossover is ongoing right now and will continue until October 28.