Dungeon of the Endless from Amplitude Studios is getting two new updates, one a free community driven content update called Organic Matters, and a paid content expansion that's being called Rescue Team.

These new update have a lot of new fun things that you can partake in. 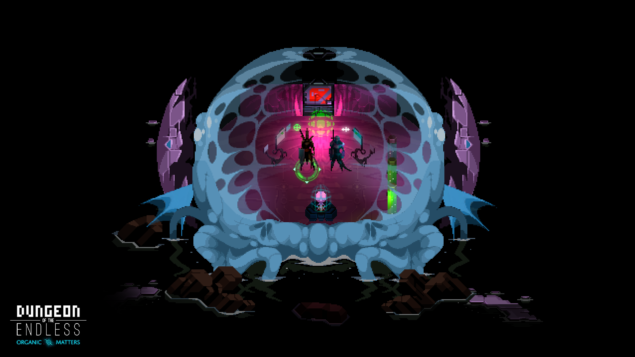 Two new Dungeon of the Endless updates have a lot of community made content with Organic Matters.

The Organic Matters update that's out now, is a set of community created stuff that have been selected from last year’s design contests. This free update has three new monsters, a living, organic spaceship, and an all new ending sequence among other items. The best part is that everything inside this update is completely community made, leveraging the talented individuals in the community and helping to showcase some of the very innovative work that's out there.

There's also a new content pack that's called Rescue Team, available for $1.99. This particular update adds three new powerful “Rescue Team” heroes that you can play, two new ferocious monsters, and also has a new Field Medic module, a large update in and of itself.

Dungeon of the Endless is one of Amplitude Studios titular rogue-like titles that combines 4x strategy, that they're known for, with RPG elements to let you enjoy some very engaging gameplay. Don't be fooled by what you might think are poorly pixelated graphics, there is much more than meets the eye in this game. It's a classic match-up that any 4X or retro fan can enjoy.