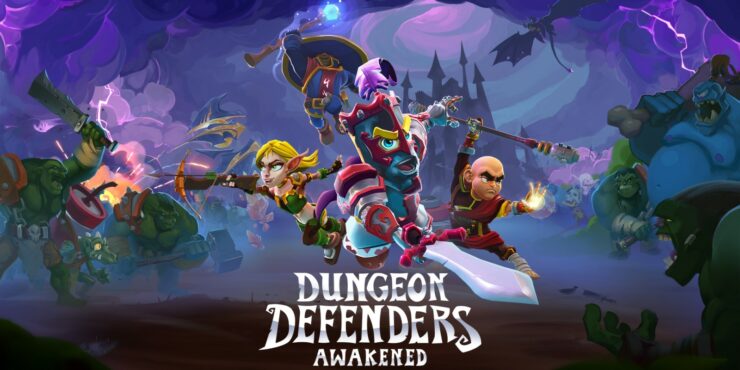 The next entry in the co-op tower defense action RPG series is going to be made available on Steam on February 21st, 2020. The full release is expected to launch sometime during the second quarter of the year on PC and Nintendo Switch.

The Early Access release will include nearly everything that will also be included in the full game, including 12 levels, four playable heroes and more. This version is also getting updated regularly with the help of community feedback.

A new trailer has also been released today, celebrating the Early Access release announcement. You can check it out below.

Join the fray by forming a team of up to four champions and choose between as many playable characters (with more to come after launch). Each hero possesses their own distinct combat style and special abilities. Harness these powers and work together to protect the legendary Eternia Crystals while building defensive fortifications to repel even the most imposing of foes.

Construct strongholds to slow the approaching hordes of orcs, goblins, dark elves, and other monstrosities while unleashing mighty attacks and devastating spells to turn the tide of battle. Survive the onslaught to earn new loot, reliable pet companions, and more customization options to prepare for the fights to come and epic showdowns with new larger-than-life bosses.

Dungeon Defenders: Awakened releases on Steam Early Access on February 21st. The full game releases on PC as well as on Nintendo Switch in the second quarter of the year.