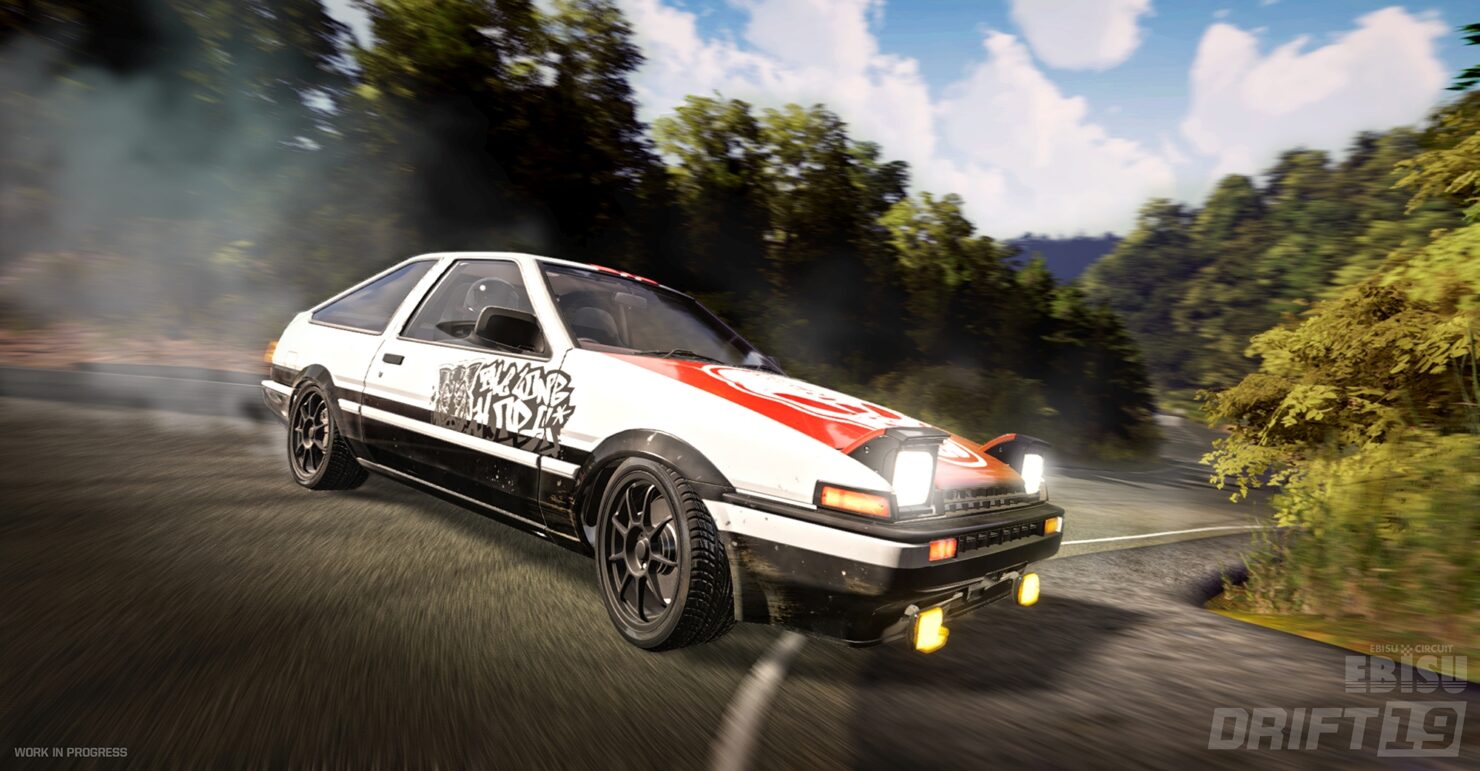 One of the more compelling parts of any off-road, and most on-road games, is the ability to start drifting on the dirt, course or roads that encompass the game. Drifting just looks and feels cool, for lack of a better term, which is why you find games really like to encourage or reward it. DRIFT21 is going that one step further and is basing a whole game on it and it's bloody hard.

DRIFT21 has only recently launched into early access so my chance to try it out with a code provided to me is going to be limited in scope. I'll simply be telling you about the game as you can buy it right now, limited in the scale of what will be on offer when the game is finally launched out of early access, but still containing a fair amount of content, including an extensive car mechanic mode that isn't too dissimilar to something you'd find in Car Mechanic Simulator, only here you drive the results.

Actually, let's talk about this first. It's not quite to the detail of Car Mechanic Simulator, but here the garage mode will have you going into more detail than other racing games that have you tinker with your vehicle. You'll see where certain parts of the car will go, from the pipes carrying the fuel and fluids around your car, the brakes and drivetrain to the engine itself.

I do have a slight issue in the fact that it doesn't actually quantify any values for the parts, so you don't know if what you can buy is an improvement or not. I suppose this is in keeping with a bit of reality, but it just doesn't help people who aren't into their cars. For that matter, that also applies to the dismantling and building of cars and engines. You can press a  button that highlights missing parts, but a simple checklist would have been preferred - especially since some parts require other actions to simply make them visible.

Customisation options that don't impact on the function of the car are also available, such as changing the seats, the gearstick and more. So yes, the simple quantity of modifications and customisations available in Drift 21 is already surprisingly extensive, in a way that is more detailed (maybe even educational?) compared to other racing games. It should be pointed out that at this early stage, there are only three cars available to use, these being the Mazda MX5, Nissan Silvia and the Subaru BRZ.

This limitation on variety also extends to the actual racing. I can't complain about the game being solely about drifting, it is called DRIFT21. Well, actually you have three different modes. Time attack has you pushing to meet the time requirements of whatever little course you're on while also focusing on getting points by doing some great drifting. Well, some decent drifting without cocking up - something I can't honestly say I'm good at. The solo run mode is all about drifting, challenging you to chain together what you can with the free ride mode being as the name implies, letting you simply ride around the track.

At the moment, there are only four tracks to try out, all based on Ebisu circuit. When racing on time attack you'll find each track is divided into sections, having you challenge yourself at these sections that can last anywhere between ten to thirty seconds. More if you're like me, though fortunately when you mess up you can restart with a simple push of a button. So there is a reasonable amount to do here, even now, though I think the main issue people will find is actually getting around the track.

So, if I've not made it clear, I've found myself messing up a hell of a lot. Anybody who has read my many racing reviews and previews will be completely aware that while I play a hell of a lot of racing games, I'm not exactly good at them, or at least not simulation games. I appreciate both sim and arcade but I can't honestly say where DRIFT21 comes in. I think it wants to be more of a simulation, trying to perfect the handling, but it feels a little too drifty, pun intended.

I've found the car seems to skid out way too much at the best of times. The brake doesn't seem to have the impact it should have and the car just doesn't seem to react how I expect it would. Now, I'm not an offroad racer or a drifter, my experience is a little bit of offroading and then playing a lot of games like the DiRT series, Assetto Corsa and so forth. This doesn't seem to have that same level of control as these other titles, though this is at an early stage and I don't doubt elements will get tweaked. At the moment it can be fun but takes a fair bit to learn.

For what is a smaller team working on a game that is far from AAA, DRIFT21 is certainly on the right path. The attention to detail by the team at ECC Games is very clear with the earlier mentioned garage mode and also with the tracks that are in the game so far. The attention to detail on the tracks from Ebisu are very high, with little bumps and ruts, the corners made to as close to possible as I imagine a team like this being able to do. Aesthetically, DRIFT21 isn't amazing, but it looks and sounds good.

All I can hope is the rest of the game and the driving eventually matches up to the modification and customisation options and the tracks and aesthetic quality. Also, to make sure this game actually has a lifespan, multiplayer options need to be made available. If ECC doesn't at least put in online leaderboards, preferably even the option of racing against your friends, then I can't see DRIFT21 having much longevity. Still, these are early days it's been less than a month since the game came to early access, time will tell.