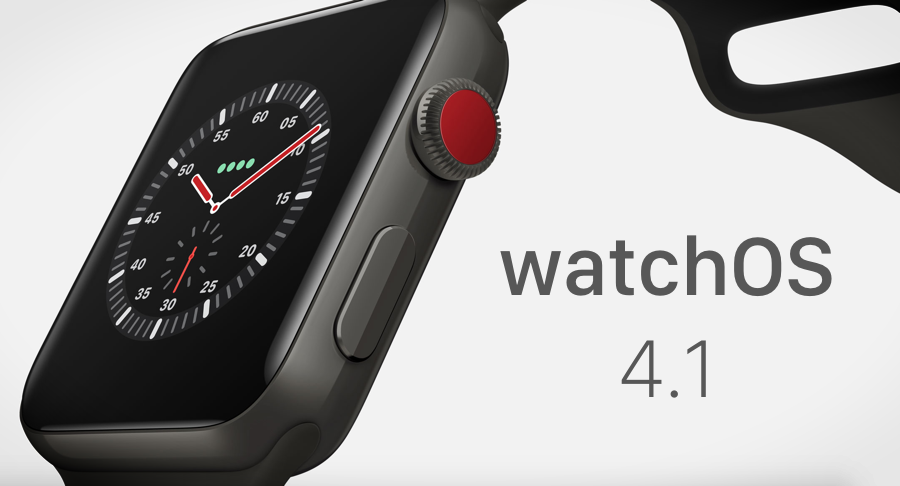 Apple Watch users can now download watchOS 4.1 final version of the software onto their devices. Here's how you can update right now and what's new.

The watchOS 4.1 update for Apple Watch users has been long overdue. Not only it brings a ton of refinements under the hood but brings with it support for streaming Apple Music on the Series 3 Apple Watch with cellular model. This is a big deal for users who rely on their wearable for most tasks, especially music.

The complete changelog as per the over the air update available is as follows.

Downloading and installing watchOS updates is a slightly tricky process. But here's what you need to do in order to download watchOS 4.1 final right now and install it on your Apple Watch.

Note: watchOS 4.1 is available for all Apple Watch models including the original one.

As the installation process begins, that's the part where I would recommend going for a walk outside or treating yourself to some popcorn or coffee. This will take a while, mark my words. Don't be alarmed if you see that progress bar on the Apple Watch for a long, long time. Just don't touch your iPhone and Apple Watch as things are moving forward.

Can I Downgrade Back?

Once you upgrade to watchOS 4.1, there's no going back to previous firmware at all. This is something that has been debated for a long time, and it's best to realize that Apple Watch downgrades are not possible at all. Once you're on the new firmware, or a beta release, you're on it for good, until or unless newer updates pop up for you to download and install.

There's a lot of things that have been fixed in this release of watchOS. Gym goers and fitness will find this update really useful as it boosts the workout credential of the Apple Watch even further. If you have been facing issues during a workout session, then hopefully, watchOS 4.1 should have fixed everything for you. Even if it hasn't been, Apple is constantly working round the clock to mend its software as much as possible.