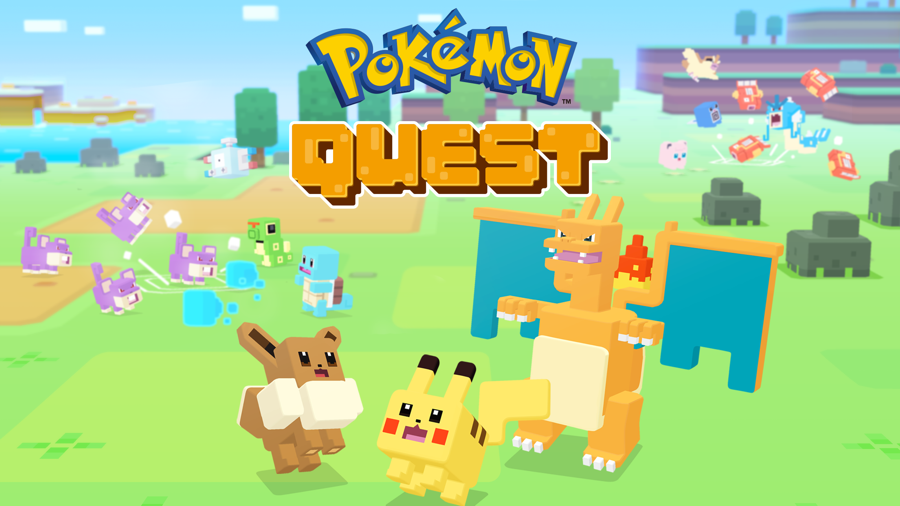 Fans will be pleased to learn that a new Pokemon game called Pokemon Quest is in town. It's available for both iOS and Android.

iOS and Android users will be pleased to learn that a new Pokemon game is now available for download. But it's not like Pokemon GO in anyway. Instead, it's a slightly different take on the Pokemon world with everything you see and interact with is cube shaped.

Once the game is downloaded and installed, you kick things off with a 'first partner Pokemon.' After that, you start your adventure on Tumblecube Island where you will end up meeting other Pokemon to ultimately battle them and discover some interesting hidden gems along the way. Sounds fun, doesn't it?

The first thing to do in this free-to-start adventure is pick a first partner Pokémon. Whether that choice is based on effectiveness in battle or on the cuteness of the Pokémon is up to you, but no matter the decision, you'll soon be joined on your adventure by plenty of other Pokémon. Together, your team of up to three Pokémon will go off on expeditions to explore Tumblecube Island, where you'll battle wild Pokémon and discover hidden treasures.

During an expedition, the Pokémon in your party will move on their own, leaving it up to the player to direct their attacks when wild Pokémon approach. This is done via simple tap-based controls that make getting into the action a breeze.

There's a lot more to the game than the little snippet you see above. So we recommend that you jump into action by checking out the links below:

If you take the game for a spin, do let us know in the comments section below what you think about it. Does it even come neck to neck with Pokemon GO on in way? Or do you think you like this one better?