Download the New iOS 10.3.3 Wallpapers for 12.9-inch iPad Pro or Other Devices 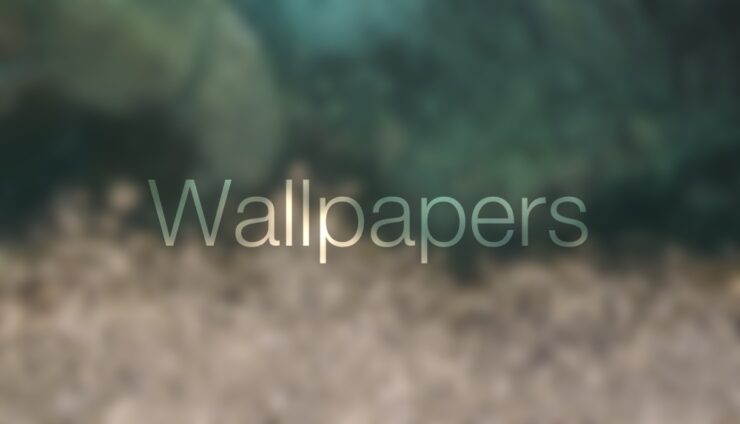 You can now download the new iOS 10.3.3 wallpapers meant for the 12.9-inch iPad Pro or any other device you might have.

Apple usually brings new wallpapers to the masses with the release of major iOS updates. Interestingly, yesterday's iOS 10.3.3 beta brings with it three new backdrops. And oddly enough, these new iOS 10.3.3 wallpapers are meant for the 12.9-inch iPad Pro only. But thanks to the sheer screen resolution of Apple's larger tablet, you can use these wallpapers anywhere else you'd like. Whether it's a notebook, smartphone, tablet, you name it. Just click on the wallpaper below to download it in full resolution.

A rumor is floating around that Apple is looking to announce a brand new 10.5-inch iPad at WWDC next month. Though that sounds highly unlikely, given that WWDC is a developer-only conference with focus on software, but it's possible that these new wallpapers are meant for the new upcoming tablet. After all, there's no better way to show off a brand new piece of hardware than using a set of shiny new wallpapers. Also, the fact that these wallpapers are available for the 12.9-inch iPad Pro only, and nothing else, only adds fuel to an already-lit fire. But at the end of it, there's a slight chance that these wallpapers might actually make their way onto Apple's smartphone lineup as well. Think about it, we are already sitting on top of the first iOS 10.3.3 currently. There's a long way to go until everything is made official (or not).

While there is absolutely no way to confirm whether or not Apple will be announcing new hardware at WWDC, in the meantime, make do with these wonderful wallpapers. They fit a large workspace perfectly, and gives the entire desktop a great sense of openness. Even on a smartphone level things are nice and crisp.

Also, make sure you let us know in the comments section which one is your favorite wallpaper from the entire bunch. My vote is with the rose gold one, since it looks bold.