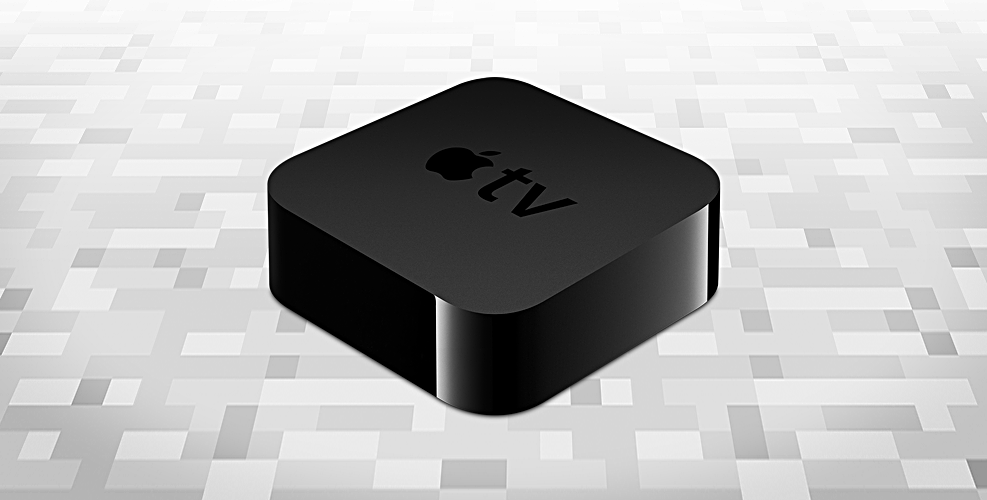 Mojang has released Minecraft for Apple TV devices around the globe. We have the complete details right here.

At its 'Hello Again' event, Apple revealed Minecraft would be heading to Apple TV very soon. The big day has finally come and the developers behind the famed game, Mojang, has unleashed the title on Cupertino's set-top box.

Do you own one of those fancy Apple TV devices? Maybe Santa has his elves cooking one up in their high-tech workshop?

If either of those are true, I bring good news! We’ve just released Minecraft for the slim black boxes. And, for a limited time, it comes with seven pieces of lovely DLC, giving you the chance to customise the fun to your liking. Minecraft: Apple TV Edition currently includes the Holiday 2015, Town Folk, and City Folk skin packs, along with the Plastic, Natural, Cartoon, and Festive 2016 mash-ups. It costs $19.99 and is rolling out in all regions as I type.

One more thing - though Apple TV Edition doesn’t currently support Minecraft Realms or Xbox Live, we’ll update the game with those features in the near future.

If you have been waiting to play Minecraft on the big screen, then now's your chance to shine really hard. Simply head over to the App Store directly from your Apple TV and do a quick search for Minecraft. If you don't see it, it's highly likely because the game hasn't rolled out in your region just yet. Don't worry, Mojang has promised that the game is 'rolling out in all regions.' This means, wherever you are, it's likely that you will get a taste of the game.

If you do not own an Apple TV, then you will be pleased to learn that you can download Minecraft on your iOS or Android device as well. Tap on the links below to go straight to the download page.

The game will set you back $6.99 on mobile, whereas the Apple TV Edition will cost you a steep $19.99. If you are up for that, then you may part ways with your cash and dive into the amazing world of Minecraft.