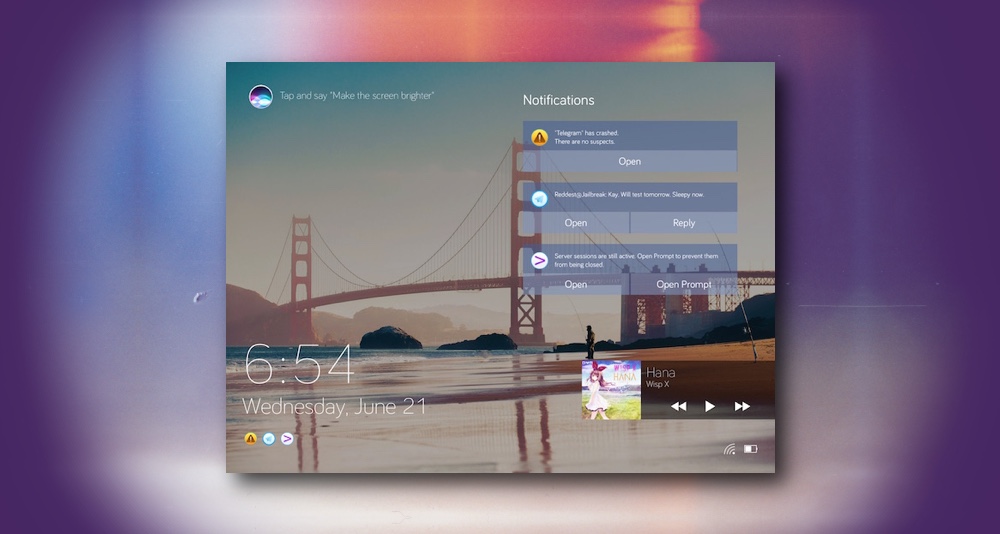 If you're a fan of Windows 10, and happen to be an iPhone or iPad owner as well, then you might wanna look into Ventana.

Even with iOS 11 Beta, the lock screen on the iPhone and iPad remains unchanged in a lot of ways. There's so much Apple can do for users, but it has decided to let that extra screen real estate go to waste. However, thanks to the jailbreak community, there are ways you can spice up the lock screen.

A new jailbreak tweak that goes by the name Ventana takes some cues from Windows 10 and makes good use of the extra screen real estate left alone by Apple on the lock screen. It adds the ability to swipe up and unlock your device. But that's not all, it gives the entire lock screen a major overhaul by introducing some Modern UI elements along with spicing up the notifications system.

Here's the complete set of features of the Ventana tweak as per Cydia.

Now, it must be made abundantly clear at this point that Ventana is a jailbreak-only tweak. It's available to download straight from the BigBoss repo in Cydia and costs money as well. The tweak is also compatible to work with a wide range of iOS versions - this includes iOS 8, 9 and 10.

If you are a fan of the Windows 10 lock screen, and always wanted something similar on your phone or tablet, then Ventana is the tweak for you.