In recent times, many high profile AAA releases have started featuring microtransactions for their online modes, allowing players to obtain a variety of advantages by purchasing them with real money. Yesterday, mention of consumable items that give players advantage in multiplayer matches has been made in the DOOM's release date announcement, a mention that has made some fear that DOOM will eventually include microtransactions. Thankfully, it seems like this won't be the case. 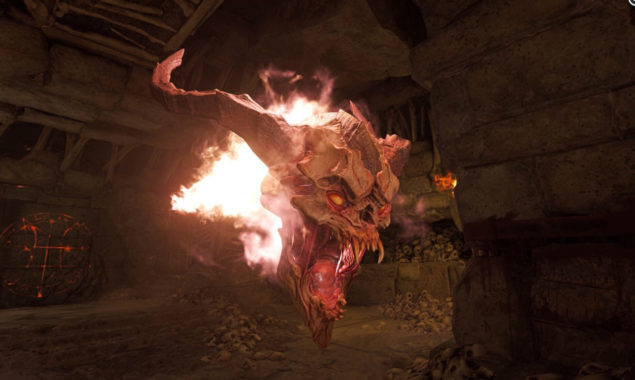 A few hours ago Bethesda's Pete Hines has confirmed that DOOM will not feature any microtransaction, so there won't be any quick way to obtain additional hack modules.

On a related note, some new DOOM gameplay video has surfaced online a few hours ago. The new gameplay footage has been shown during last night's Clueless Gamer Super Bowl Edition. You can check out the footage without having to go through the entire show right below.

Yesterday it's been confirmed that DOOM will be released on all formats on May 13th. A Collector's Edition has also been confirmed for the game, which will include a 12.inch statue of The Revenant, one of the many fearsome demons of the game. Pre-ordering the game will also allow players to get the Demon Multiplayer Pack, which includes exclusive multiplayer goodies like a demon armor set with three skin variations, six metallic paint colors and three id logo patterns for your weapons and armor, and the already mentioned set of six Hack Modules.

DOOM will be released on May 13th on PlayStation 4, Xbox One and PC.