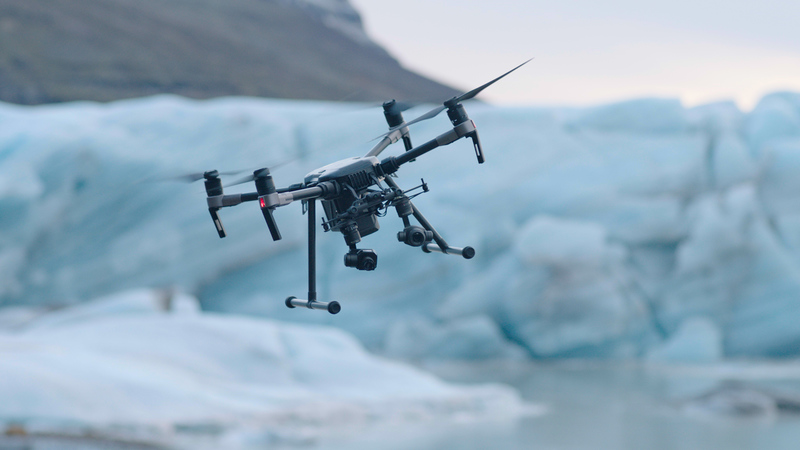 Following reports of the US Army ditching DJI drones for unspecified cyber vulnerabilities, the company has now announced introducing a "local data mode" to prevent any data from being sent over the internet. While the company hasn't explicitly connected the new feature with the recent US Army ban, it wouldn't be a surprise if the ban and the subsequent attention to the security flaws led the company to push for this new feature.

"We are creating local data mode to address the needs of our enterprise customers, including public and private organizations that are using DJI technology to perform sensitive operations around the world," Brendan Schulman, the company’s VP of Policy and Legal Affairs, said in a press release. DJI has admitted to having "accelerated" its efforts to get the new feature rolled out by the end of the next month.

Earlier this month, an internal memo seen and reported by SUAS claimed that the Pentagon has issued a blanket ban on the Chinese drone maker. "Due to increased awareness of cyber vulnerabilities associated with DJI products, it is directed that the US Army halt use of all DJI products," the memo read.

The memo had also revealed the US Army and Navy had issued over 300 DJI drones for various missions. Earlier reports had suggested that DJI was storing data in servers in the US along with Hong Kong and China. This data included user information, video, photos, location details, and other telemetry data. While it was unclear if these reports pushed the Army to issue the widespread ban on the company, DJI wasn't too happy with Army's decision.

"We are surprised and disappointed to read reports of the U.S. Army’s unprompted restriction on DJI drones as we were not consulted during their decision," the company had said at the time. "We are happy to work directly with any organization, including the U.S. Army, that has concerns about our management of cyber issues."

DJI has said that it does not collect images or flight logs unless users share them, but the new local data mode will prevent any accidental syncing.

It appears that DJI has since been working on ways to offer better security protections to its enterprise customers. While DJI has said this isn't in response to the memo, the NYT reported Schulman saying that "the Army memo caused customers to express renewed concern about data security."

When a major client like the US Army expresses security concerns especially about a tech company based in China - a country notorious for pushing companies to hand over all kind of data - it isn't unlikely that more of DJI's clients would have shared these concerns.

"We’re accelerating the rollout of something we’ve been working on for a while," the company said. "We announced it today because enterprise customers with serious data security have made clear they need something like this for a while, and the Army memo reinforced that concern for them."

Whether the Army memo pushed for this local data mode or if the company was already working on it doesn't matter as long as the tech companies are ready to listen to their customers' concerns and deliver on their needs. It is unclear if this privacy and security focused feature will ever be rolled out to normal customers.

- We have contacted DJI for confirmation and will be updating this space.