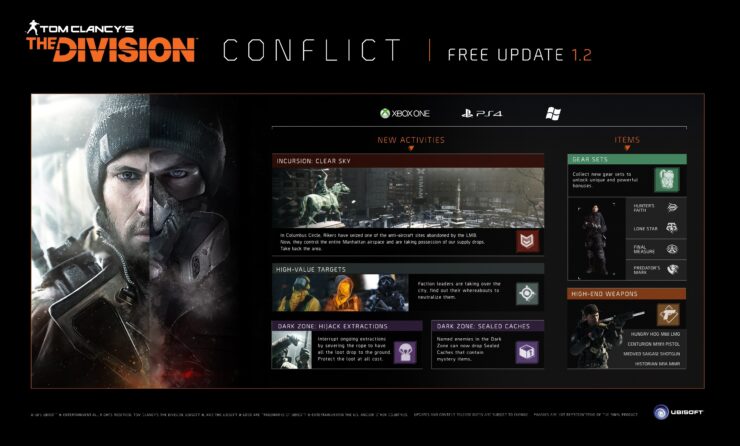 The Division has finally received its new free update today, and players can enjoy the many changes and fixes included in it on all formats. As it usually happens, The Division 1.2 update also includes a variety of tweaks and changes that haven't been mentioned in the official patch notes, and it's up to dedicated users to inform the community about them.

A few hours ago, reddit user WoWAltoholic has put together a list of undocumented changes which confirm the addition of over one hundred purple Superior Items to the Dark Zone Gear Vendor, the changed crafting cost for weapon and gear mods and more.

Unfortunately some of the new features players were expecting to see in the game following the update didn't make it in the 1.2 update. One bug fix promised in an earlier State of the Game stream, however, did make it in the patch