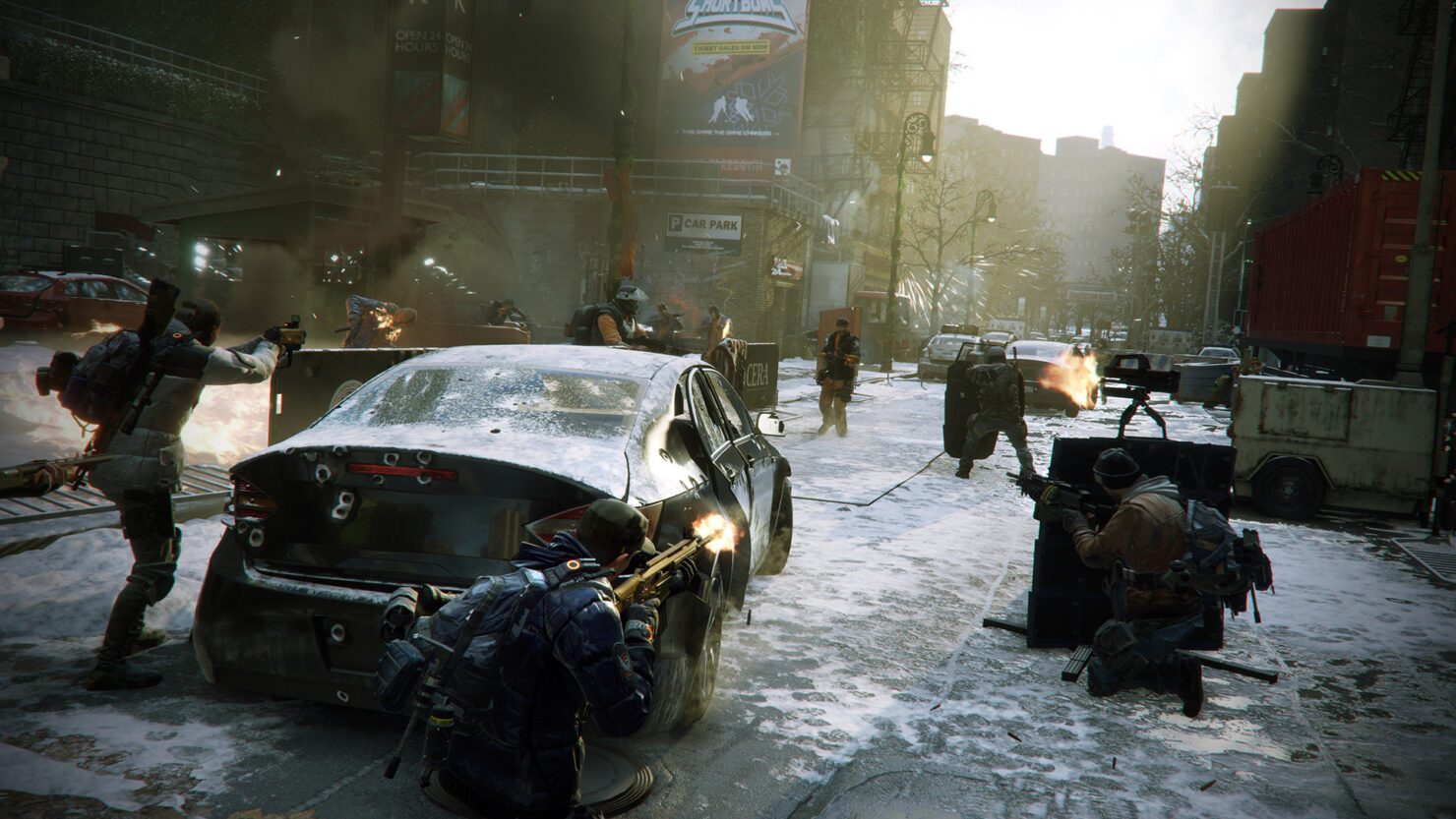 The Division, the shooter developed by Ubisoft Massive for PC and consoles, is currently undergoing maintenance, as for every week, the team is taking advantage of the scheduled downtime to talk about the future of the game in the State of the Game livestream. Today's stream is especially interesting, as it revealed more on the new 1.3 update which will be launched soon.

While not everything included in the next update has been revealed, what has been confirmed plenty of changes which will force some players to change their approach such as changes to Shotguns and SMGs, M1A and more. The team also talked about the current tank-tician meta, stating that they're currently keeping an eye on the matter, as they don't want players to be so tanky. Sadly, it's also been confirmed that the PlayStation 4 1.3 update won't be out next Tuesday like the Xbox One and PC updates. More on the matter will be coming soon.

Reddit user WoWAltoholic provided a nice summary of everything that's been said on stream, and you can check it out below.

PS4 patch is not ready for Tuesday, more info pending.
Freddrick: Weapon balance and changes coming :
LMG : Damage to targets out of cover ~ 25% (cover counts even when firing from behind cover)
Shotguns : Stagger against NPCs that will "stagger" rushers (like when you were leveling). Also getting a ~30% buff to damage (player shotguns not NPCs) Still testing, player feedback is appreciated.
Assualt rifles : Armor penetration against NPCs. They tried to work this in for PVP but have not found a solution yet. They are still looking to iterating on this in the future.
New article on weapon balance coming out in 7 hrs.
Paper DPS is calculated at optimal range. Players overlook how sharply DPS falls off for SMGs outside of the optimal range.
SMGs: Switching CHC to CHD, it is a slight buff. Vector and AUG damage is being reduced by a small amount and will affect existing guns.
We want you to gear for your guns.
M1A is being changes so firing at a high rate of fire will be subjected to larger reticle bloom.
Existing CHC buffs on current SMGs will not change. New guns will roll with CHD.
We are aware of the "tank-tician" meta and will be watching it. We want you to be able to be tanky but not to this extent.
Sentry and Striker have been changed. Too popular in the game. the 2 and 3 pc bonus has been reduced and overall bonuses are the same but will require a 5pc bonus
Special Ammo changes: They have been nerfed by about 75% Incendiary duration is reduced greatly. Explosive damage is also greatly reduced. No more one-shots with the M1A with explosive ammo.
The cooldown for consumables still exists but should not be as powerful.
The BLIND battle rifle is not coming in patch 1.3. Not ready for the live game. Will be coming but not for patch 1.3.
Some new exotics and weapons coming. The showstopper is coming. The showstopper is also a unique talent that shrinks your reticle as you fire (like a LMG).
The G36 will come with the unique talent focused. Bonus damage when skills are off-cooldown.
Decisive talent - Next shot after a kill is a 100% chance to crit.
PP-19 SMG - Large mag SMG, more crits increase the speed of the reload.
We want weapons to head in this direction, unique handling and playstyle.
You will now be able to re-calibrate weapon talents with the weapon kit.
You can re-roll these new unique weapon talents if you don't like them.
Special report for patch 1.3 on Monday. More info soon.

The Division is now available in all regions on PC, PlayStation 4 and Xbox One. The next update will be released on June 28th on PC and Xbox One, alongside the Underground DLC.