Larian Studios is quickly becoming one of the favorite developers among RPG fans. Divinity: Original Sin, after a successful Kickstarter campaign of almost $1M, went on to be acclaimed as one of the best roleplaying games released in 2014, and later this month it's going to become even better with the Enhanced Edition (also launching on PlayStation 4 and Xbox One). 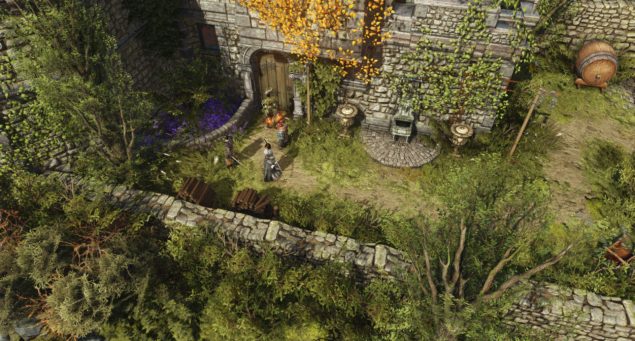 This also means that all stretch goals have been unlocked, ensuring that the full vision of the studio will be realized. Here's a summary of what these are going to be:

Akin to Divinity: Original Sin- Enhanced Edition's Tactician Mode, Original Sin 2 will feature a brand new difficulty called Strategist Mode. Rest assured this difficulty tier will consist of much more than a simple numbers game. Yes, your enemies will hit harder, but that is far from all! Each and every fight in the game will be redesigned for Strategist Mode so that enemies are smarter, often come in greater numbers and use a host of skills and tactics they won't use in lower difficulty modes. If we reach this stretch goal, the fights in Original Sin 2 will receive this epic treatment from the get-go.

Divinity: Original Sin is rife with spectacular skills, and besides the many new ones we've already planned for Original Sin 2, we want to add even more unique skills to the repertoire. We have quite a list and will let our the backers pick a brand new skill tree, featuring at least 16 skills each, from among a host of new proposals when the campaign ends.

In Divinity: Original Sin 2, your unique origins will radically change the way you experience the world around you. Of course, since combat is one of the central ways in which you’ll engage with this world, it’s only sensible that your origins and your skillset should intertwine. When we reach the $1M mark, we’ll develop a set of race-specific skills, abilities, and talents reflective of each race’s background and strengths. Imagine: a Wood Elf able to summon an army of shambling trees; a Lizard recalling the devastating powers of his draconic ancestors; a Dwarf with the authority of the Empress; a human so good at pickpocketing, he can even catch his own party mates unawares...

In Original Sin 2, no longer will you have to be human all too human alone. You can be a dwarf too, an elf, yes even a proud lizard! But if we reach this stretchgoal, you'll be able to tell the tales of the dead with undead origins! That's right: at this point we will add the undead as a playable race, complete with origin stories.

With all the fantastic skills we've dreamt up, we'll need plenty of manpower to implement them. At this mark, we'll again open up a vote to let the backers decide which other of the skill trees listed at the $700,000 tier you would like to see in the game. Voting will be done by backers after the campaign ends.

Some Rivellonians live in fear of it; some write songs of it; others still are sent there far before their time. When we reach $1,500,000, we'll send you to the Hall of Echoes, land of the dead.

You, unique among the living, will be able to travel to and from this spirit world, where you'll uncover mysteries never before discovered by mortal eyes. You'll gain access to occult wonders, and you'll come face to face with those you've lost-- and those you've dispatched.

The best part - you'll be able to make this your home base!

We'll hire a team that will be dedicated to making the editor as intuitive as possible, and who will help the community build all kinds of new awesomeness.

We’ll dedicate more scripters and writers to expand on the dynamic relationship system we’re building. Intense rivalry! Friendship and enmity! And... as so many of you have been asking for it… romance!

Imagine you get a mask that lets you change your shape. One moment you're a lizard, the next an ordinary human, with completely different dialog options (and visuals of course). By expanding on our tag system, we’ll let you  assume different roles in the game with the same character. This will open completely different play styles. Don't want any competition? Don't want companions? Become a lone wolf with a very special mask...

Building on the work of the mod team, we'll make an in-game version of the editor that allows game masters to unleash their fantasies on budding adventurers, adjusting and controlling the dungeon while the other players are playing!

That's a lot of stretch goals, for sure; let's just hope this doesn't prevent Larian from releasing the game in late 2016 as currently planned. Divinity: Original Sin 2 will be hitting PC first, but the likelihood of console versions seems extremely high, even if they'll probably come later.

In case you haven't pledged on Kickstarter and you're interested in doing it, there's still the PayPal option. You can also check out a video demonstrating the new competitive multiplayer questing in our previous story.