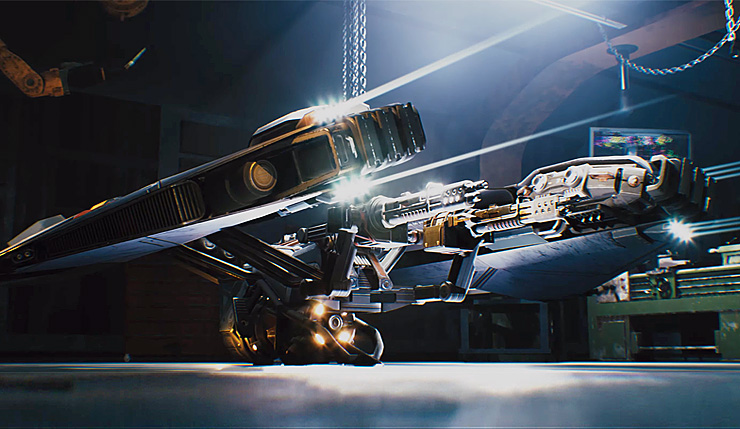 You may not know his name, but there’s a pretty good chance you’ve played Marcus Lehto’s games, as he was creative director at Bungie for many years and is credited as one of the co-creators of the Halo franchise. Well, it seems Lehto is going back to his roots, as his new indie studio V1 Interactive is teaming with 2K Games’ Private Division label to publish Disintegration, a new sci-fi shooter that caries a very Halo-ish vibe. You can check out a quick teaser for the game, below.

Hmmm, interesting! Will this be a Halo-like FPS or more of a space shooter? The trailer seems to hint at the latter, but, of course, it’s just a very brief teaser. Not enough info to say anything for sure. Here’s what Lehto had to say about Disintegration…

The opportunity to create not only a new game, but this entire studio has been exhilarating. It is great to be able to share what this amazing team has been working on, and we can’t wait to introduce this new game that our team is building to the world next month.

We’re lucky enough to work with someone like Marcus, a gaming icon whose creativity has influenced an entire industry. We’ve been with Marcus and the V1 Interactive team since the studio’s inception and have seen the organization grow its talent base throughout our partnership. As such, we have high confidence in Disintegration, and cannot wait to introduce it as another unique experience that further enhances the Private Division lineup.

Platforms and a release date have yet to be announced for Disintegration. Expect that info when the game is revealed in full on August 19 at Gamescom. What do you think? Excited for the game, or does the Halo vibe not do anything for you?