At long last, Disgaea PC is finally happening. Developer Nippon Ichi and publisher NIS America are bringing the game to Steam in February 2016. 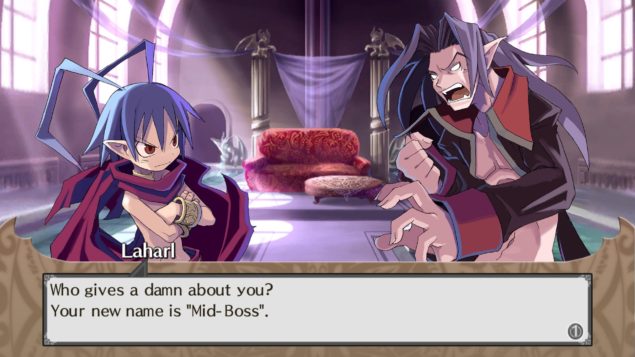 Disgaea PC will be a port of the very first game in the series, Disgaea: Hour of Darkness, first released in 2003 on PlayStation 2. There will be a number of improvements, of course, such as:

The team has also posted some comparison screenshots showing the new UI/sprites and map graphics available in Disgaea PC versus the old one.

The nice thing is that apparently you'll be able to mix and match these settings to your preference. For instance, you could choose to keep the old UI & sprites while maintaining the updated map graphics.

If you're not familiar with DIsgaea, this series of strategy RPGs is so popular that it branched off into anime and manga series. The latest entry, Disgaea 5: Alliance of Vengeance, released this year on PlayStation 4 and it'll probably be a while before it arrives on PC; since NIS and NIppon Ichi have decided to begin with the very first game, it seems fair to assume that they intend to port the entire Disgaea series.

Overall, yet another Japanese developer brings its games on PC - clearly times are changing fast.