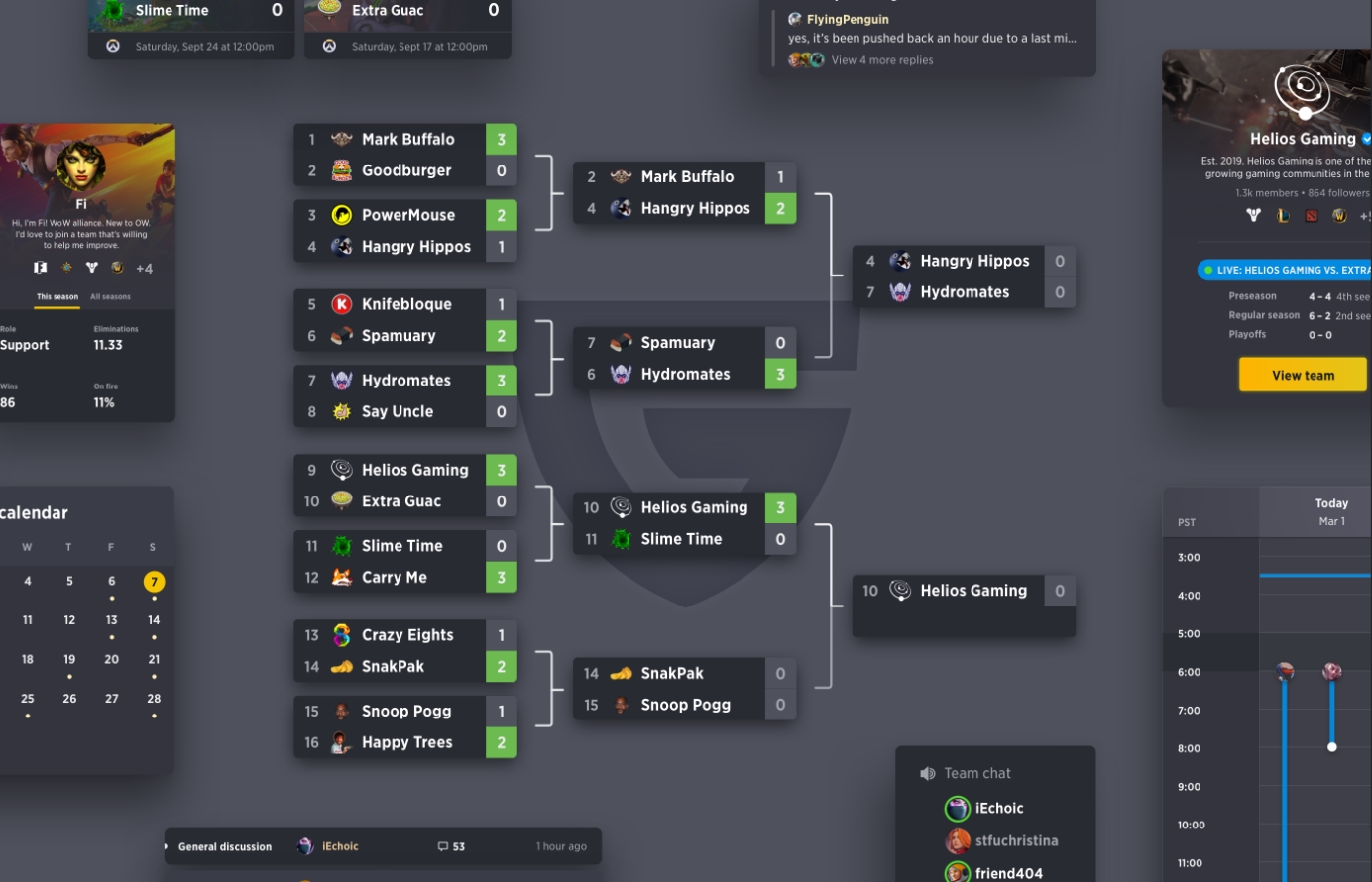 Guilded, a recently released Discord alternative, has recently announced the official support for tournaments with new organizational tools including scheduling and league breakdowns. After successfully receiving more than $7 million in Series A funding, Guilded has expanded development to integrate gameplay and other core features for gamers into their chat and social client and the upcoming tournaments update is just one of the new features coming to Guilded.

What could a modern tournaments platform look like if it were reimagined today? Guilded tournaments have been built from the ground-up to answer that question and to solve the biggest challenges that players and tournament organizers continue to face today.

And, of course, Guilded tournaments look and feel great and are fully-supported on web, desktop, and our iOS and Android apps.

Guilded tournaments integrate directly into your servers, and make use of all of the same concepts that you already know.

When you create or join a tournament, that tournament will show up in your server's sidebar as a group. And because tournaments are just a special type of group, they can be fully customized and support all of the channel types that Guilded supports, allowing you to create and use custom announcement channels, chat channels, forum channels, or anything else to help organize and run your tournament.

In a Guilded tournament, a bracket is just a channel, meaning that you can create, archive, and delete tournament brackets whenever you want. You'll also be able to add your own bracket channels to your server, if you'd like to run tournaments within your server without setting up a tournament.

The official launch for Guilded Tournaments will launch in September 2020. However, select partners are already taking part in the early access alpha, including the Corporate Esports Association. Interested players that want to run their own tournaments and demo the upcoming update can visit the Guilded Tournaments page and fill out an early access form (set to update shortly) or email the team directly at events@guilded.gg.