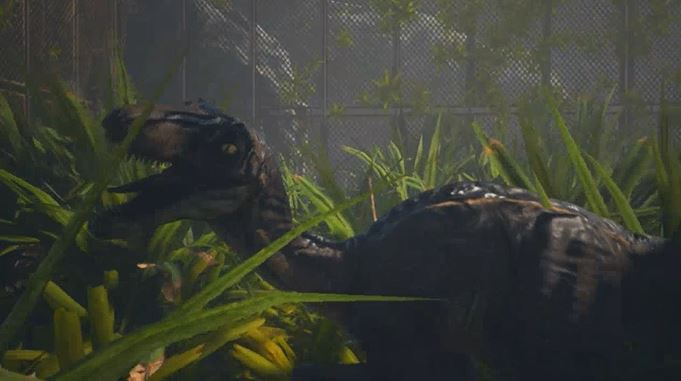 A Dino Crisis 2 Unreal Engine 4 Fan Remake demo has been released, and it looks pretty decent.

Created by Stefano Cagnani, this freshly-released demo aims to recreate the environments of the original 2000 PS2 title in 3D from a third-person view running in Unreal Engine 4. Of course, we aren't looking at a million-dollar AAA project, but it does look pretty decent. In any case, this demo has us thirsting even more for a proper next-gen remake. Unfortunately, the Capcom-owned IP currently is dormant, and aside from some rumors about the franchise being revived, no future installment in the franchise has been announced.

Check out some demo footage of the Dino Crisis 2 Unreal Engine 4 ‘Jungle of Silence’ Fan Remake down below:

"Dino Crisis 2 delivers more panic-evoking fear than ever before," said Todd Thorson, then director of marketing, Capcom Entertainment upon the game's announcement back in 2000. "This time Regina has to fight off multiple dinosaurs at a time instead of the one-on-one attacks in the original Dino Crisis. Dino Crisis is a proven blockbuster hit at retail and this sequel shouldn't be any different.  Dino Crisis 2 takes the survival horror genre in an all-new direction by focusing on high-paced action and split-second decisions. Shinji Mikami is the true master of suspense and the survival/horror genre he coined."

Thanks to Regina and the other team members' outstanding work in Dino Crisis, they successfully captured Dr. Kirk, confiscated his work and sent him to prison. One year later, Dr. Kirk's research on the Third Energy had been transferred to the country's military. Despite clear warning signs, the government continued Kirk's research causing an even larger accident than before.

Edward City, the location of the research, has mysteriously disappeared and has been replaced by an overgrown jungle from the past. The government must begin an emergency evacuation to rescue both the staff and the results of the research. However, the decision is made to use an experimental time and space transfer device to send a military task force back in time and to the location of Edward City. Equipped with specially altered anti-dinosaur weapons, team members travel back in time on a mission they cannot possibly imagine. Unfortunately for her, Regina knows EXACTLY what the mission will entail, and this time she will be prepared...