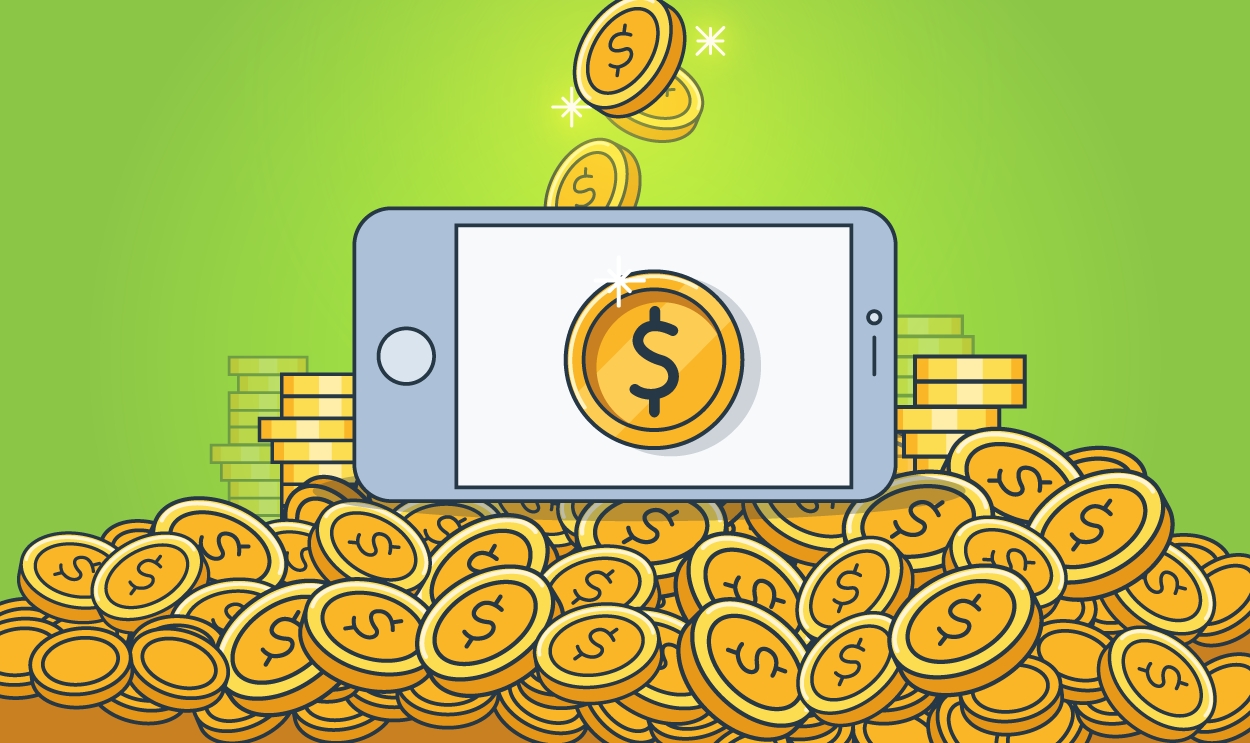 2017 has started off as a good year for digital games sales. According to a report by research firm SuperData, the market has boosted to $7.47 billion in revenue in January alone. Featuring a 9.8% year on year growth, it has primarily been boosted by growth in PC and console digital downloads.

$7.47bn in an impressive figure, that much is certain. What should be remembered is that this doesn't factor in physical sales during the same period. What it does include are subscription fees, microtransactions and additional downloadable content that the games feature.

These figures highlight January as having been a strong month. It also highlights the gaming market as strong, particularly when taking into account expected weak sales following the holiday period. Sales for the PC rose 34% year on year, with the console falling just slightly behind at 32%. This movement to digital games is best reflected in the US, where sales in digital titles rose 43%.

It shouldn't come as a great deal of a surprise but Riot Games', owned by Tencent (HKG:0700), League of Legends topped the PC chart. The game, as we recently covered, is one of the largest titles in eSports. As can be seen here, it's also one of PC's top games in general. What may surprise is just how few premium titles appear for the PC, indicating the prominence of Free to Play games that generate revenue through microtransactions or Subscriptions.

Out of the top ten, only three are full releases. Activision Blizzard (NASDAQ:ATVI) show strength with Overwatch and World of Warcraft, the latter appearing twice with both Eastern and Western releases. Valve also feature with two games, Counter Strike: Global Offensive and DOTA 2 bringing up the rear. The revenue generated for all bar World of Warcraft will be through the aforementioned microtransactions, with World of Warcraft featuring a large subscriber base. 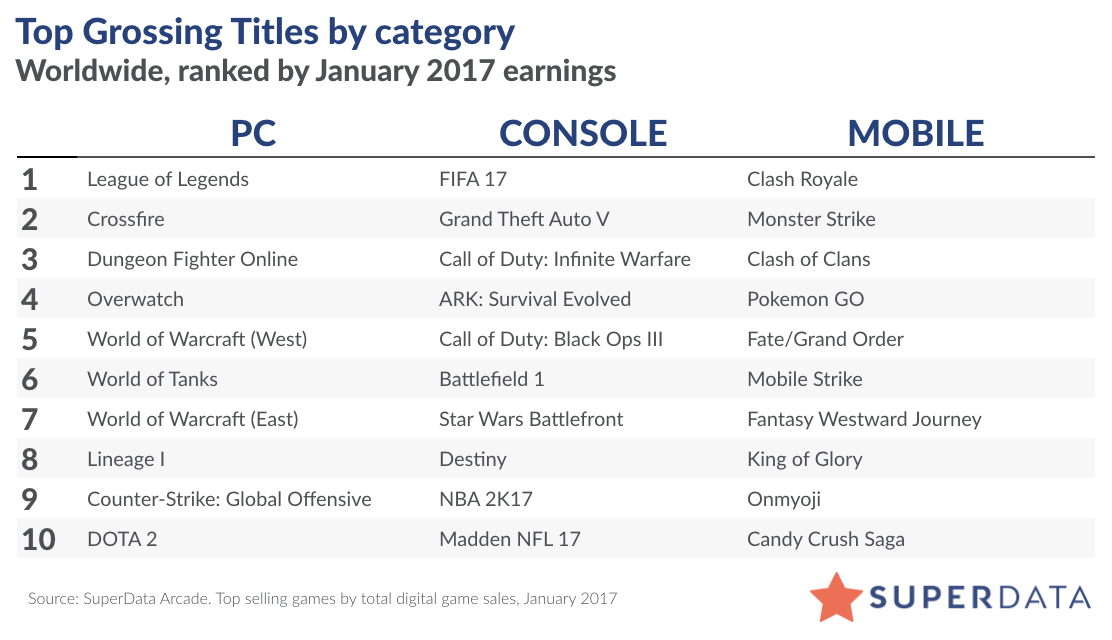 The console has also featured a large number of titles by Activision Blizzard. Call of Duty: Infinite Warfare, Call of Duty: Black Ops III and Destiny are all releases by the company. Electronic Arts (NASDAQ:EA) takes up four positions with FIFA 17, Battlefield 1, Star Wars Battlefront and Madden NFL 17. With Take-Two (NASDAQ:TTWO) taking up two of the remaining three spaces. The outlier and the only non Triple-A title of the top ten is ARK: Survival Evolved by Studio Wildcard, its fortunes continuing to rise as it gains more fans following the move to consoles.

Notable surprises from the report come for both Grand Theft Auto V and Call of Duty: Infinite Warfare. GTAV, originally released in 2013, has seen year on year growth. This will come due to continued support by developers Rockstar Games for the online portion of the game, which is funded through in-game microtransactions. Infinite Warfare, on the other hand, saw 41% less units sold compared to Black Ops III the year before. The sales of Infinite Warfare were notably smaller than Black Ops III and this is a trend that seems to be continuing through digital sales following release.

Much like the PC, the mobile table shows a very strong month for Tencent (HKG:0700). Supercell, majority owned by Tencent, are the developers behind both Clash Royale and Clash of Clans. Clash Royale, which surpassed $1bn in revenue in its first year, takes an impressive top spot with its predecessor sitting comfortably in third. One of Tencent's own games, King of Glory, also features in ninth making January a great month for the company in both Mobile and PC.

What is notable from the titles on the mobile list shows just how large the sector is in Asia. Monster Strike, by developers Mixi (TYO:2121), was the highest grossing game in 2016, generating $1.3bn in revenue alone and sits in second for the month. Other releases that highlight the Asian market are Fantasy Westward Journey and Onmyoji by NetEase (NASDAQ:NTES) as well as TenCent's King of Glory. These, joined with Fate/Grand Order which have yet to be released with English language support.

What to Take Away

There's little disputing the fact that the mobile market is seeing an incredible userbase in Asia. Four of the top ten games don't have an English language release. Others, including Monster Strike were released in Asia first and have transferred over with incredible success.

What has been highlighted is the ability for a pre-existing franchise to move over well. Pokémon GO is still proving to be a fan favourite, particularly as new updates are developed. On the back of this, Nintendo have released Super Mario Run and Fire Emblem Heroes. The former found criticism due to a premium price for mobile games. However, with an Android release pending, it could still be a large success.

Most of all, the sheer size of the digital sector, and gaming as a whole is highlighted. Digital revenues alone hitting just shy of $7.5bn is huge. It benefits a number of companies that have a large footprint in the industry and those that are expanding. Particular examples highlighted here are Activision Blizzard, Tencent and Electronic Arts.