Digital Game Console Bundles Still Not Being Sold at GameStop, Striving to Include Physical Game Copies Where Possible

GameStop still seems to have the policy that they won't sell console bundles when they include a game that's bundled as digital, as opposed to the physical media as was recently revealed in their most recent shareholder conference call. 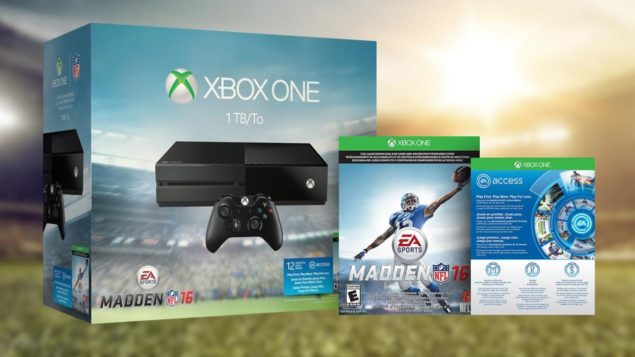 Consoles bundled with digital codes aren't stocked at all in GameStops across the US.

Within the conference call the COO, Tony Bartel, talked about how they modified the recent Madden 16 PS4 and Xbox One bundles to include an actual physical copy of the game, deviating form the bundle as it comes from Microsoft and Sony. He further went on to explain that they want to continue to do the same for all bundles that provide a digital only copy in the future.

It is important to note that during the recent release of EA's Madden 16, we worked with our partners to offer a free physical game with the purchase of either a PS4 or Xbox One and did not carry the Xbox One digital bundle. We expect that if a game is provided as a promotional item in a hardware bundle, GameStop will see more of these physical offers than digital pack-ins on upcoming third-party releases

Tone and intent is difficult to read from a transcript from a conference call, already lacking the nuance of facial expression, however it may make sense to include a physical copy of something that customers are expecting to get. That and perhaps it's a decision that they believe increases the quality of their particular bundle. Regardless of intent or reason, it costs them more money to have a bundle that's tailored specifically for them.

The interesting thing is that many are embracing digital only, despite HDD space being still limited, though less so, on consoles. This is opposite the actual trend, and I'm not sure that people mind having a digital download code, though at least a physical copy won't be limited to being accessible by one account.