A relatively old tweet (thanks for the tip, Joao611) from David Sirland, Producer of DICE EA confirmed the existence of a memory leak issue in Windows 8.1 environment and Radeon GPUs. January has seen an unusual amount of graphic card trouble and an interesting issue appeared in AMD's Radeons or more specifically Radeons running in Windows 8.1. Many Windows 7 users swear by their OS, and it looks like time has once again shown that their bias might be justified (till Windows 10 arrives at any rate). 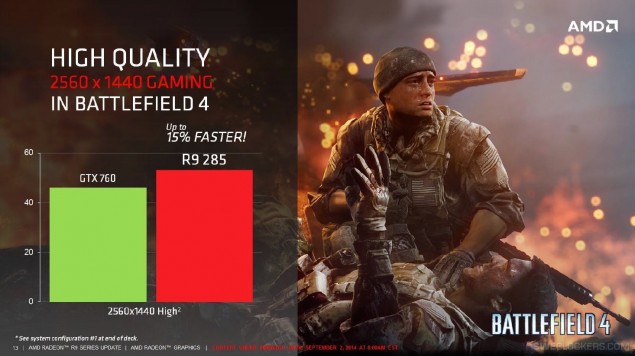 AMD: We are working closely with devs to improve experience

As far as I know, the issue has only been confirmed in Battlefield 4. I contacted AMD for their official word and Head of Global Technical Marketing, Robert Hallock confirmed the issue as present in Battlefield 4 (Windows 8.1 only). It appears that  just like in the past, AMD has actually helped DICE track down the issue, which is appreciable considering the fact the game is now over a year old. While the exact cause is not known, the issue will be resolved in the next iteration of beta driver update from AMD. Some users reported the issue as being more severe over extended gaming sessions, and while my sample size is fairly limited, I thought it was an interesting point to note.

Memory leakage is an interesting phenomenon in which memory allocation is managed incorrectly, so much so that memory that is no longer needed isnt released (or released properly). This results in sudden and unexpectedly large performance hits to otherwise perfectly functioning games. The good news is that the issue is only limited to Battlefield 4 and Windows 8.1 on top, the even better news is that the fix will be coming soon in a beta driver update from AMD. If you are one of the users plagued by this issue then I would suggest you hang tight till the beta driver arrives, at which point it's just click and install.

Battlefield 4 is one of the most played first person shooters in the world and one of the flagship titles of Mantle API. Any drastic performance hit in a Radeon only situation automatically raises eyebrows, so I thought I would also mention that (so far) there appears to be no relation between the use of Mantle API and the memory leak. Its just a good old, coding boo boo from the looks of it.