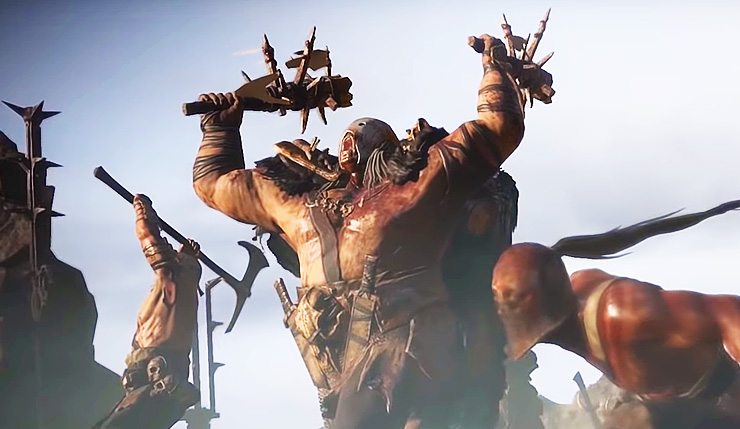 Diablo IV isn’t arriving anytime soon, but thankfully, fans won’t be completely in the dark during the long wait. Blizzard has revealed they’ll be detailing Diablo IV’s development in a series of quarterly blog updates, and they just dropped the first one today. The highlight of the post is some new information about one of the game’s “monster families,” the Cannibals. What’s a monster family you ask? They’re groups of baddies, each with a different theme and approach to combat – each family will have around five enemy types, including a big, bad dungeon boss.

The Cannibals are beefy bruisers that somewhat resemble Vikings, except, y’know, with more human flesh eating. You can get a look at their in-progress 3D models, below.

And here’s some concept art (click the image for full resolution).

Here’s a bunch more detail about the Cannibals:

Corpses riddled with bite marks. Splintered bones scraped clean of marrow. Tongues sawed off and eyes gouged out of their skulls. These are the bloody fingerprints the Cannibals leave behind—if they leave behind anything at all. No one is certain where they come from, but some legends claim they are a former tribe of barbarians, banished from Arreat years ago. Whether their cannibalism led to their exile or developed out of desperation afterward is unknown. The outcasts brought their endless hunger to the Dry Steppes, and from there spread to the far corners of the world to prey on lonesome caravans and unsuspecting villages.

The few who have survived encounters with these butchers share the same stories. They tell of the mad fire that burns in the eyes of all Cannibals, of how eating the flesh of their victims in battle only fuels their hunger for more. They whisper of the unlucky souls spared in the attacks, hauled off like livestock for the raiders to pick clean until their next hunt. And then, they say no more. The silence speaks for them: sometimes it is better to die than to live and remember.

The Cannibal family has four members. They each have their own unique weapon and a significantly different silhouette or stance to help differentiate them from one another. There are two standard melee combatants: one wielding a two-handed greatsword cleaver, which delivers a slow, sweeping frontal attack; and the other using a lightweight halberd which allows them to leap at players from a great distance and crash down with a devastating attack.

The bruiser uses a spiked club in each hand to deliver intense blows that will stun players if they aren’t paying attention. By contrast, the dual-axe-wielding swarmers can unleash frontal attacks that will quickly kill if left unchecked. However, this is a less binary pass/fail than the bruiser’s stun attack. If the player finds themselves surrounded by flurrying swarmers, getting hit by the bruiser’s dazing blow would remove all possibility of escape. It’s combinations of attacks like these that make this family so deadly.

By design, the Cannibal family has no ranged units. Instead, they spring at the player with supernatural swiftness. Some may close the gap by leaping over obstacles and would-be competitors, while others will swiftly and deftly maneuver through other monsters to get first blood. This provides a very different experience and gives the player less time to make thoughtful positioning decisions, thus making combat with these flesh-eaters feel frenetic.

Blizzard has also updated Diablo IV’s UI, making it easier to read, while also toning down the contrast of individual buttons and text. Interestingly, depending on whether you’re playing on PC or console, the game’s action bar will either be centered on the screen on in the left corner by default. Blizzard has also redesigned the UI for couch co-op, so both players can access menus at the same time. You can check out the current progress of Diablo IV’s UI in the gallery, below.

Diablo IV has been announced for PC, Xbox One, and PS4. A release date has yet to be set, but don’t expect anything before 2021 (at the earliest).