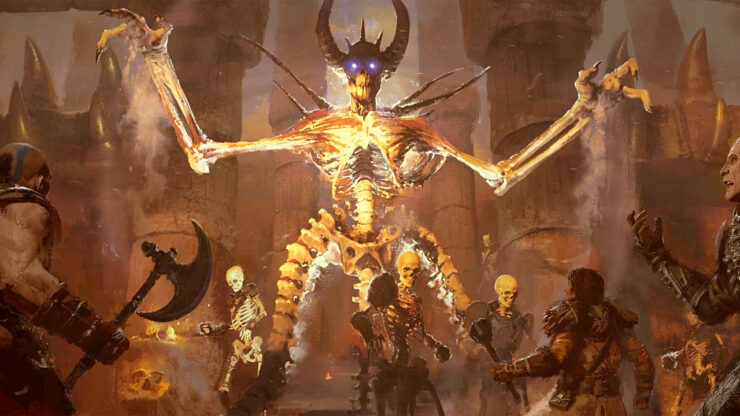 This past Friday during the BlizzConline 2021 opening ceremonies, Diablo II: Resurrected was announced, which elicited a mix of excitement and anxiety from fans. Diablo II: Resurrected looks promising, but Blizzard’s last remaster, Warcraft III: Reforged, was a bit of a disaster. Thankfully, Blizzard has confirmed one of the most vexing issues with the Warcraft III revival is being avoided this time around.

When Warcraft III: Reforged launched, the original version of the game was completely erased. Those who logged into Battle.net were forced to update to Reforged and the original client was scrubbed. Granted, you could revert to retro-style graphics, but given the many issues with Reforged, the forced “upgrade” did not go over well (to say the least). Well, thankfully, during a BlizzConline Diablo Q&A, it was confirmed that Diablo II: Resurrected will not replace the original Diablo II. Here’s what D2: Resurrected designer Rob Gallerani had to say when asked if they’d be replacing Diablo II classic…

No, absolutely not. Everything you have about [Diablo II] currently will stay D2. This is a separate product, separate game. You can play 'em both at the same time if you want.

Good to hear! Seems like Blizzard have their heads screwed on straight when it comes to this remaster. Didn’t catch the Resurrected announcement last week? Here’s what you need to know:

Diablo II: Resurrected is a remastered version of the quintessential action RPG Diablo II. Pursue the mysterious Dark Wanderer and fight the denizens of hell as you uncover the fate of the Prime Evils Diablo, Mephisto, and Baal, now in up to 4K (2160p) resolution on PC. Diablo II: Resurrected features include:

Diablo II: Resurrected shambles onto PC and Xbox Series X/S, PS4, PS5, and Nintendo Switch in 2021. You can sign up for the game's technical alpha, right here.