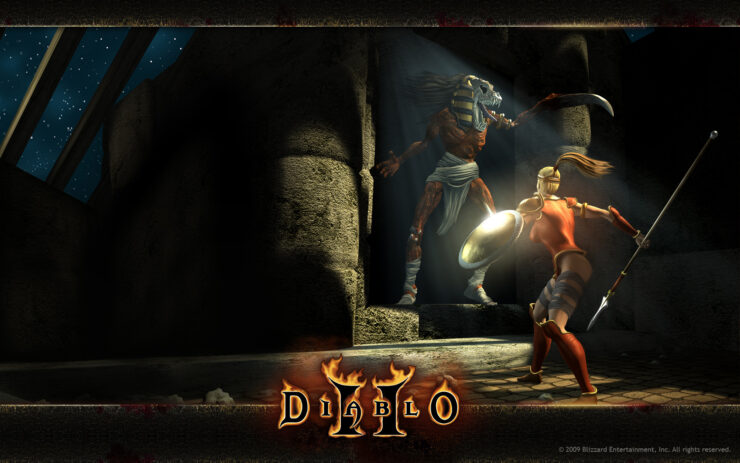 A Diablo II remaster seems to be in the works, and it will be released later this year worldwide.

French website Actugaming recently obtained some information regarding this remaster, which should be called Diablo 2 Resurrected. The game is currently in development by Vicarious Visions, the same team behind the Crash Bandicoot N.Sane Trilogy, among other games.

Depending on how work is proceeding, Diablo 2 Resurrected could be announced during Summer Game Fest, unless Blizzard decided to keep the announcement for BlizzCon to announce a surprise release date. While it's not known when the game will be announced, it seems like its release window has already been set, as it should launch in the final quarter of 2020.

Like for every rumor, we have to take this with a grain of salt until an official confirmation comes in. There's a good chance, however, that was has been revealed today is indeed true, as the Actugaming reporter proved that he has access to insider information when he confirmed the Overwatch 2 and Diablo IV announcements before Blizzcon 2019.

These Diablo II Resurrected rumors are definitely unexpected, even though it has been hinted multiple times that something was brewing for the second entry in the popular Blizzard series. Back in November, the creators of the Diablo series, Max Schaefer, Erich Schaefer, and David Brevik revealed that a Diablo II remaster is unlikely, as all the original assets are gone, and everything would have to be made from scratch. Which may be what Vicarious Visions is actually doing for the rumored remaster.

Diablo II Resurrected has yet to be announced officially. We will keep you updated on the game as soon as more come in on it, so stay tuned for all the latest news.