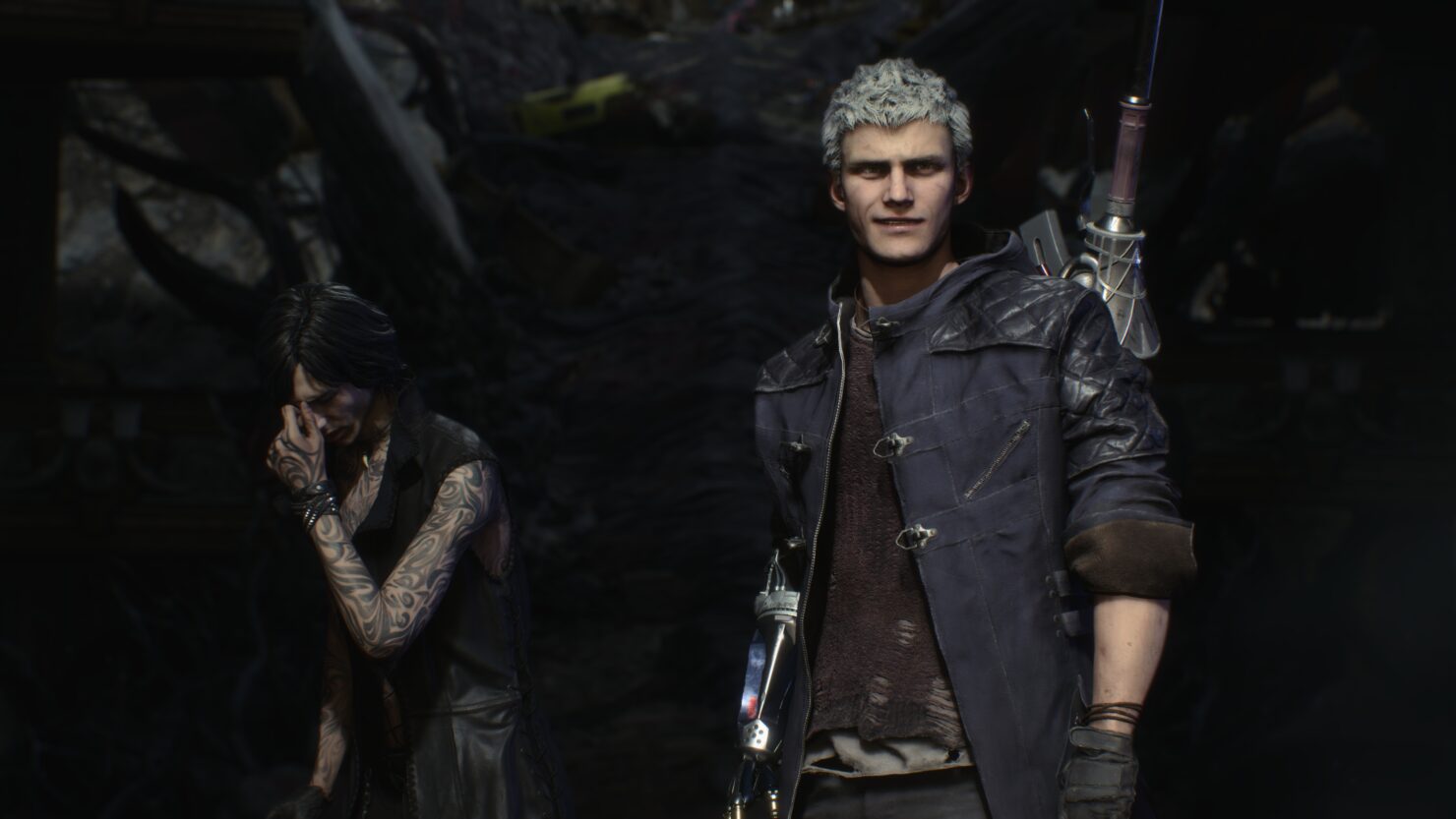 After playing the game's first eleven missions, about half a day of Devil May Cry 5, I can't wait to do it all over again. The formula is the same, unfortunate demons still get trapped in magically sealed rooms with you, red orbs are still collected en masse and all the bosses I fought (bar one exception) met the quality standard expected of the series. It's Devil May Cry, with a few notes on level design, storytelling and cinematics taken from Ninja Theory's DmC. I didn't see any backtracking or mirrored levels and I hope it stays that way.

The last five Devil May Cry games have all set the bar for spectacle fighters upon their release. This new entry comes with high expectations, then, and so far it's looking on target.

For veterans of the series, Nero stills play like Nero, and Dante still plays like Dante. Playing as them in Devil May Cry 5 will feel instantly gratifying, familiar and almost comforting. Playing as one these two feels like returning home. However, it's the brand new character, V, who is the most interesting and unique playable character the series has yet seen.

Nero’s new, and heavily covered, devil breaker is an excellent evolution of his previous devil bringer, granting players a plethora of new options and a light element of resource management.

Dante’s 4 switchable style system remains much the same as it was in DMC4, functioning still as the character's foundations, it's in the new and switchable weapons where he has always shined. Interestingly, you are now able to create multiple custom loadouts for Dante of 4 melee and 4 ranged weapons in whatever order is desired. This addition should greatly help the high tier players with their 5 minute long combos.

Now for the good stuff. Unlike other DMC characters, V is not someone you can just jump into a fight with. He has a tutorial, Do not skip it. I witnessed someone do just that and it was painful to watch. V himself cannot deal any damage, he has two pets that he relies on for that. A bird for long range attacks, mapped to the ranged X button; and a panther for melee attacks, assigned to Y. The rub is, these pets cannot kill enemies, V has to deliver all of the killing blows. Think Prince Of Persia: The Sands Of Time, you've got to whittle down the enemies health first before using a specific attack to finish them off. There is a third pet, a colossus called Nightmare that acts as your three-bar devil trigger; he's your “Oh Shit” button and acts autonomously unless mounted (purchasable upgrade). 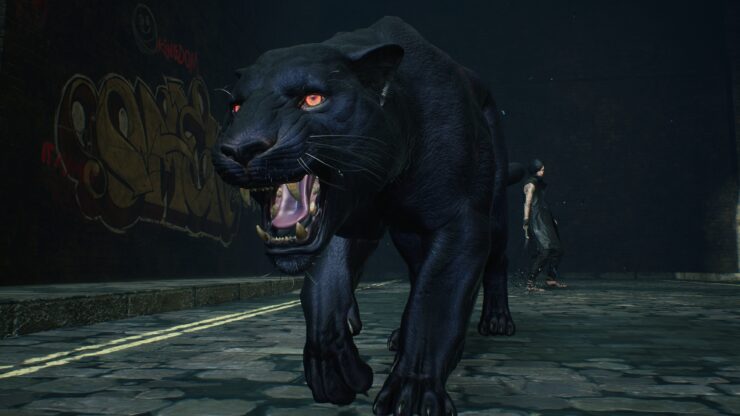 All the pets have individual life bars and take damage, so how you position them, as well as V, is crucial. If a pet dies, they will slowly respawn, but this can be sped up if V stands near where they fell. Dodging is also handled by your pets, dodging left or right summons your panther to your side who gives you a ride, whereas forwards and backwards calls your bird for a quick lift. Each pet has its own combos with similar inputs to Dante’s and Nero’s attacks, but unlike them, need to be input simultaneously for maximum efficiency. To get the most out of V, I had to place the controller sideways on my lap. I didn't get the chance to check, but if there is the option to individually map the controllers, for V I recommend switching the ranged and melee attacks to the triggers.

You can spend individual devil trigger bars for a high powered attacked by holding the Left Bumper and then pressing the attack button you choose. You can also recharge your devil trigger by holding Right Trigger during combat. It's all very Street Fighter with the bar management, which is perhaps not surprising given who is developing Devil May Cry 5.

I'm not exactly taken with V’s character design; he looks like that rich literature student sitting at the back of the class who discovered his Tory Grandfather's cane in the attic and blew his trust fund on early 2000’s tribal tattoos. You know the one. That guy who carried the same old poetry book around for six months, the one who still can't let go of that dream he and his high school mates had of one day forming a rock band. He's good looking in that crooked nose, unkempt hair and starved for food Brexit British way.

The idea of playing as V, a guy who has a dedicated button to recite William Blake poetry during combat (yes, I know) should be enough to disgust me. But I'm looking past all of that because V is just far too much fun to play. I can't wait to unlock his full repertoire when Devil May Cry 5 comes out, become as familiar with him as I have all of the other Devil May Cry characters and spend an ungodly amount of time suffering the Bloody Palace.

Devil May Cry 5 is out in about a month for PC, PlayStation 4 and Xbox One.