While the new Dante may not have the looks which all the fans are looking for he still has the moves to show he is the real deal, instead of using "Rebellion" he is wielding a scythe which also works like Nero's hand from Devil May Cry 4 and allows for better and longer combo chains. He uses what I think to be Ebony and Ivory but I could be wrong " and he could be using some other guns. I am impressed by the combat but what really worries me will be the story of the game. 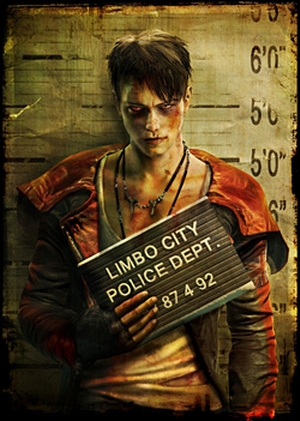 While the trailer shows Dante fighting (more or less) the same enemies over and over again it does show his weapons and how he utilizes them, since this is a prequel to even Devil May Cry (the first game) I doubt Dante would have Rebellion so he is making due with a very flexible scythe capable of dealing a hell of a beating and a reach to match it.

While the combat and the game itself looks good I just can't stop thinking if the story will be good or not? I mean Devil May Cry 4 was a bit of a let down in story and considering the complaints people have over this Dante the story would definitely have to suit him.