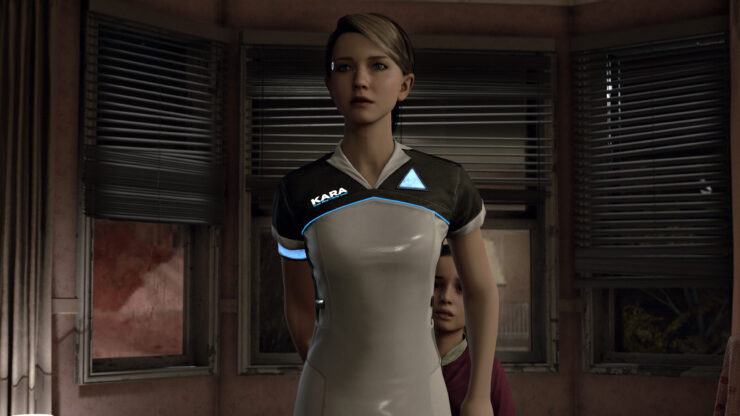 While David Cage’s latest cinematic marvel was present in multiple forms across last weekend’s PSX 2017 conference, only part of the experience was on display for the general audience. The Hostage, shown as a full chapter playthrough during Friday night’s keynote presentation, was only one of two chapters available to experience. However, the second experience, Stormy Night, was limited to Sony’s private media showcase, and given the much darker tones of this second story, it’s understandable why such an impactful story was left out of players’ hands.

Established as the third chapter of android Kara’s story, this brief-yet-gut wrenching tale focuses upon Kara’s indentured servitude to her keepers, Alice and her abusive father, Todd. Still reeling from the effects of a reddish powdery drug whose origins are not mentioned in Detroit: Become Human, Todd’s belligerent and crass nature manifests itself as he barks orders at his android caretaker.

Up until this point in the story of Detroit: Become Human, Kara’s existence appears to be solely focused on the selfless acts of taking care of her host family and catering to their whims without question. Even the simple tasks of preparing and delivering dinner for her family are needed to be done without hesitation, for fear of Todd’s temper and retribution when even simple tasks such as shutting the house lights off aren’t performed at his immediate request. 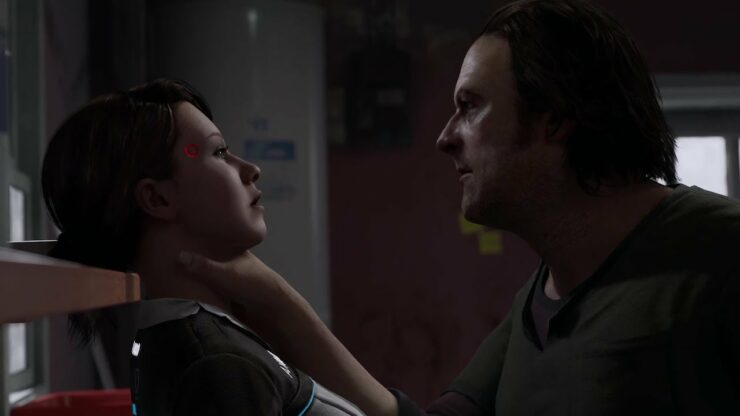 No matter how graceful and efficient the player is with Kara’s domestic tasks, Todd’s anger boils over and takes it out in a show of violence and force as he attacks his own daughter. It isn’t until the player is subjected to Alice’s cries for help that Kara is able to break free from her prime directive and disobey Todd’s orders to stay put in hopes of protecting Alice and keeping her safe from the drug-addled rage of her father.

Through a series of QTE-styled events, Kara’s psyche breaks free from the commands instructing her every move. It’s from this moment that the player is given free agency to do as they wish, although with an increasingly short window of opportunity. Todd’s inner demons can only battle themselves for so long before the rage itself takes over and he chooses to head up to Alice’s room and vent his frustrations out on someone that can’t fight back. As the player, there are a number of tasks that Kara can go through in order to delay Todd’s vengeance, but the outcome typically results in him heading up to Alice’s room, regardless of how much the player attempts to defuse the situation.

In a previous chapter of Detroit: Become Human (not playable in this demo, but referenced by one of the Sony spokesmen), the player can learn that Todd keeps a gun in his bedroom, a self defense tool that could help Kara out of a jam, but only if they discover it in their current playthrough and make a side trip to Todd’s room before rendezvousing with Alice, something I didn’t know until after my two playthroughs. My first attempt was spent trying to talk Todd down before he stormed off to Alice’s room, leaving Kara to chase after him and stop Todd before he could make a move. With his belt in hand, a brief QTE-addled fight ensued with Kara being able to knock the assailant out and dash out of the house, making a quick detour through the gardens in order to catch the last bus out of town before it departs.

The second time, I went for a faster approach, obeying Todd’s simple commands without hesitation and breaking free of his command once he’s distracted by the boxing fight on television. This time, Kara barricaded up the door against Todd’s approach and sent Alice outside her bedroom window. It wasn’t enough to really deter Todd though and another fight broke out. However, I made poor choices and intentionally failed much of the fight to see what would happen to Kara. To my surprise, Detroit: Become Human was not afraid to offer some extreme ramifications after Alice and Kara were able to run outside, though not before barely missing the bus. Kara was assaulted and left out in the rain, while the scene ends with Todd carrying Alice’s lifeless body and laying her down in her bed, his rage finally reverting to the sorrow that both he and I felt in that moment. 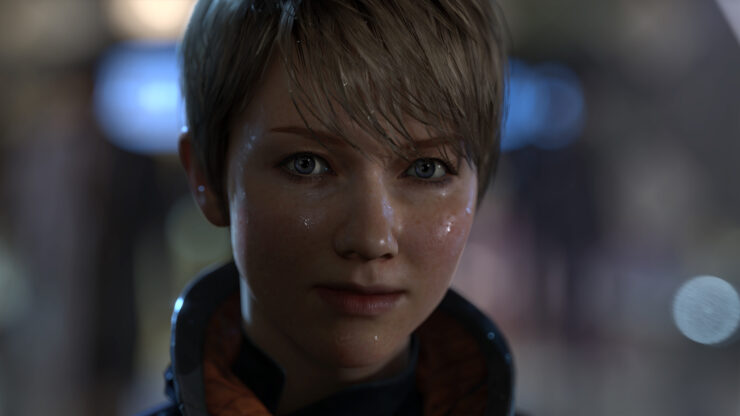 If I had the chance to play it again, I would assuredly try to make the first move and find that gun Todd has tucked away as a deterrent to his assault, but that’s something that I would prefer to wait for the full experience to see for myself. Between the two playthroughs, being able to see Kara and Alice escape with minimal injury was my ideal scenario, although I’d much prefer to find an amicable situation where the abuse doesn’t have to happen in the first place, something I’m sure my readers would feel as well.

Despite the promises of story interactions, Detroit: Become Human still feels incredibly close in terms of gameplay to Quantic Dream’s prior works on the PlayStation 3. The movement hasn’t gotten much of an upgrade in the past few years and the awkward walking animation remains as jarring as it once did seven years ago. Trying to move about and locate an interactive object is a graceless art of rubbing up against every object in the room trying to find one that shows an interactable mark. Most times, that Quick Time Event display is for the right analog stick, although there are a few rare occasions that necessitate the use of L1 and R1 or jerking the controller to one side for more active scenes.

My sole complaint about the QTE’s that drive the narrative are, at times, bolted onto the action rather than a constant point of reference. In fist fights, following the action is a fine spectacle, but it’s too easy to get drawn into watching Kara dodge a right hook and lose track of the QTE prompt that will actually enable her to perform the action. I would much prefer a throwback to the original Indigo Prophecy/Fahrenheit system where a window at the top of the screen keeps track of the available actions and QTE prompts, so perhaps Quantic Dream can develop a control scheme that meets my modest desires.

It’s only been a few days since my first taste of Detroit: Become Human’s gameplay and already I’m wanting to go back, even if it’s to play through The Hostage negotiation (and save the fish, obviously). Spring 2018 still has some time to go, and I can already tell that Detroit stands a chance of being one of my 2018 games of the year through the narrative elements alone. If the gameplay can get polished up and the QTE’s more visible, then I might just get everything I wanted out of a David Cage game.

Detroit: Become Human can already be pre-ordered through Amazon at a discount for Prime subscribers.